In another HUGE sign of where America is headed in the weeks and months ahead under the, cough cough, ‘Biden-Harris administration‘, Forbes reports in this new story that ‘administration’ is now seeking US Supreme Court approval to ‘enter the homes of Americans and seize guns’ without any warrants first being obtained.

With that same anti-America administration wasting no time at all after the horrific shootings in Colorado to attempt to take YOUR right to defend yourself from criminals (and tyrants) away, pushing for a full ‘assault weapons ban’ following two mass shootings in a week, as we’d warned within this March 21st ANP story, we should be on the watch for more MKUltra, mind-controlled patsies to ‘unleash horror’ upon America as Democrats seek to complete the demonization of the 2nd Amendment.

And while all indications are the shooter in Colorado was a radical Islamist rather than a ‘white supremacist’ as the mainstream media had hoped he’d be, that hasn’t stopped Biden and cohorts from immediately coming out and trying to disarm America. From this important story before we continue.:

The U.S. Supreme Court on Wednesday will hear oral argument in Caniglia v. Strom, a case that could have sweeping consequences for policing, due process, and mental health, with the Biden Administration and attorneys general from nine states urging the High Court to uphold warrantless gun confiscation. But what would ultimately become a major Fourth Amendment case began with an elderly couple’s spat over a coffee mug.

With 68-year-old Edward Caniglia and his wife of 22 years getting into a spat back in the 2015 incident that this case revolves around, and his wife calling the police upon him, Caniglia later agreed to a mental health examination to prove that he wasn’t going to harm himself or others, after first refusing. But while at the examination, police entered his home without a warrant and seized his guns, calling it ‘community caretaking’. Once again, from the Forbes story.:

Critically, when police seized the guns, they didn’t claim it was an emergency or to prevent imminent danger. Instead, the officers argued their actions were a form of “community caretaking,” a narrow exception to the Fourth Amendment’s warrant requirement.

So with Biden and Democrats hoping that the Supreme Court will side with them, giving huge leeway for gun seizures without a warrant all across America, can you imagine the disaster that would unfold in this nation should Democrats have that power? While we’d never wish harm to anyone, we’d strongly suggest that should that legislation pass and be signed into law, it should be Nancy Pelosi, Chuck Schumer and the rest of them ‘out in the field’ doing the attempted ‘confiscations’ of these guns. Can you imagine that?! 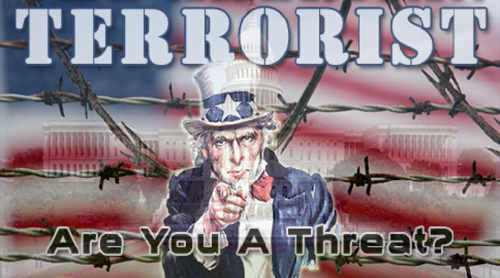 And while we’ll strongly agree that America should have ‘gun control’, with ‘gun control’ in our eyes being to always aim steady, use both hands, and always hit your target, with Democrats now pushing quite hard for Americans to be defenseless against criminals and tyrants, Americans all across the country should prepare for utter madness being unleashed upon this country if Biden/democrats win this fight to take away the right of Americans to defend themselves, especially should they also ‘defund the police as they hope to do’ while they’re at it.

And with the 2nd Amendment itself being America’s Founding Fathers ‘remedy’ for any future tyranny or ‘repressive regime’ that might be unveiled in America, and the 2nd surely not intended just for ‘deer hunting’, the fact that Democrats want to use a ‘mental health’ excuse to take away the rights of Americans to protect themselves bodes of horrors ahead, especially with 72 different ‘types’ of law-abiding Americans now looked at as ‘potential terrorists’ in the eyes of numerous official government documents.

Are you a conservative, a libertarian, a Christian or a gun owner? Are you opposed to abortion, globalism, Communism, illegal immigration, the United Nations or the New World Order? Do you believe in conspiracy theories, do you believe that we are living in the “end times” or do you ever visit alternative news websites (such as this one)? If you answered yes to any of those questions, you are a “potential terrorist” according to official U.S. government documents.

At one time, the term “terrorist” was used very narrowly. The government applied that label to people like Osama bin Laden and other Islamic jihadists. But now the Obama administration is removing all references to Islam from terror training materials, and instead the term “terrorist” is being applied to large groups of American citizens.

And if you are a “terrorist”, that means that you have no rights and the government can treat you just like it treats the terrorists that are being held at Guantanamo Bay. So if you belong to a group of people that is now being referred to as “potential terrorists”, please don’t take it as a joke. The first step to persecuting any group of people is to demonize them. And right now large groups of peaceful, law-abiding citizens are being ruthlessly demonized.

And that story by Michael Snyder was written all the way back in 2013.

Giving us proof that they’ve been preparing for these moments in time for a very, very long time, if Democrats have their way, anyone who attended the so-called ‘Capitol insurrection’ could also lose their 2nd Amendment rights, with NPR reporting all of those ‘extremists’ were armed with ‘assault weapons’ such as bear spray, stun guns, bats, and flag poles. Are bear spray and flag poles next on the Democrats list of things to ban in 2021?

As Steve Quayle and guests will warn in the upcoming June 11th and June 12th Conference Extinction Protocols’, the destruction of the human race has kicked into high gear, with the Globalists plotting the deaths of 90% of the Earth’s population and Americans now facing an unimaginable list of haunting challenges: Forced Vaccinations, Alien Disclosure, Geological Upheaval, AI Terminator Robots, Solar Storms, Volcanoes & Earthquakes, Loss of Freedoms & 2nd Amendment Rights, the End of Paper Money, and the Explosion of Crypto Currencies and Precious Metals.

And as we’d also warned in this March 22nd ANP story, Americans should always be wary of ‘government sponsored false flag terrorism’ being used to drive home a political agenda.

With terrorism a devastating political weapon for government because almost nothing drives a political agenda more than Americans having the fear of sudden death within them, as we’d also warned within that story, the US government has already made plans to terrorize Americans, blaming that terror upon others (in that case, the government of Cuba), to drum up support for an unpopular political agenda, in the case of Operation Northwoods, a war against Cuba.

With false flag terrorism also being used by governments to enact totally draconian laws in the name of national security, which is nothing less than the government using psychological warfare against its own people, its not just a coincidence that we’re living in a time when our God-given rights are being whittled away, along with the US Constitution.

So with Americans having proof that Joe Biden and the globalists want the American people disarmed and defenseless (how many terrorists or violent criminals will just hand over their weapons?), we also keep coming back to the fact that totalitarian governments can NEVER rise with very, very well armed people as their ‘subjects’.

So while we’ll pray for peace and a return to sanity to America in the weeks and months ahead, an absolute disaster may be about to unfold before our eyes with any attempt being made to ‘disarm the masses’ likely to end in absolute disaster, for the American people and any totalitarian government that tries to ‘take over’ America.

Both of the videos below from Brighteon take a look at the Democrats plans to disarm law-abiding Americans, with the 2nd video warning that the 2nd Amendment is now more important in America than it ever has been. That show featuring Dan Happel and guest Dr. Edwin Vieira starts at the 5 minute mark. We’ll go ahead and close with this description of the video and why the 2nd Amendment is now so important from Dan’s website.

As a litany of Executive Orders and patently unconstitutional laws pour out of the newly minted Biden/Harris Administration, a Democrat controlled U.S. House & Senate make it clear that the 2nd Amendment right to keep and bear arms is at the top of the list of targeted rights that the progressive socialists want to eliminate……..or so radically restrict that they are virtually non-existent.

The Second Amendment was not inserted into the Constitution to guarantee the right to hunt! It was always meant to guarantee that tyranny by big government could never destroy the liberty of the common man by assuring them the permanent and unencumbered right of individual self protection. The right to keep and bear arms is nothing less than the right to protect oneself from tyranny of the state, especially the heavily armed and omnipotent police state.

The goal of all totalitarian regimes throughout history has been the denial of the means for individual self protection and the means to resist their tyranny. As Mao Zedong said; “Power comes from the barrel of a gun”. He knew that to disarm the people would give him unfettered control of the masses, which he used to murder at least 50 million of his own citizens during his political reform programs known as “the Cultural Revolution” and “the Great Leap Forward”. The disarming of the citizens has happened prior to the murder sprees of every major tyrannical regime from Lenin to Stalin to Hitler and beyond, counting over 100,000,000 victims along the way.

Here at home, the same folks who are promoting unlimited illegal immigration and support communist groups like Antifa and BLM that have terrorized our cities, want to take away your ability to protect yourselves, your families, or your communities from their radical plan to “FUNDAMENTALLY TRANSFORM AMERICA” into the Marxist/socialist nirvana they envision. The only thing progressive in the American political culture of 2021 is the desire to progressively control, enslave and destroy individualism, private property, and the time honored ideals that America was founded on. The words progressive and politician are oxymoronic.

Learn the true historical meaning of “a well regulated militia” from one of the foremost constitutional scholars and experts in the country. To understand the second amendment is to understand the concept of constitutional militia and the founder’s plan to guarantee Americans the right to self defense while providing a framework for the establishment of local citizen militias as the primary law enforcement and homeland security mechanism during peacetime. This was intended to keep government power local and to ensure that Federal power was limited and controllable. This is the exact opposite of what we have in America today.

Communist China has bought and paid for access and influence over much of our Federal Government, the Mainstream Media, Academia and Big Tech. They are now spending millions every month on anti-gun lobbying and advertising……why……or more importantly, why are we allowing foreign governments and political hacks to destroy our fundamental rights to self preservation.

The Founders knew that too much power concentrated in the hands of a few, would ultimately lead to the type of crisis in confidence that we face today, and provided the means to defend the republic against all form of tyranny. If we fail to understand that America is truly under assault from enemies……both foreign and domestic, and that a fundamental aspect of self defense is the right to resist when tyrants are staring us squarely in the face.