Mike says George Clooney once propositioned him.
by Mike Stone(henrymakow.com)

BEYONCE
Beyonce Knowles has all theearmarks of a satanist. She wears Baphomet-adorned shirts and rings; she flashes one-eye 666 sign of the satanist Illuminati; she campaigned for and supported the man who calls himself Obama and Hillary Clinton. Like both of them, Beyonce lives a life of hypocrisy and fraud (witness her lip-syncing performances and her alleged fake pregnancy).

Beyonce also seems to dabble in demonic possession, such as her Super Bowl halftime performance in which she laid down in the middle of a pentagram and appeared to be taken over by some kind of satanic spirit. You can view the actual transformation she went through as the demonic entity, which appears to be masculine, entered her body.

Beyonce’s music represents a rejection of God and is intended to drag thousands of souls to eternal damnation. Unless she returns to God and rejects her former life, Beyonce appears headed straight to hell. (Note: Beyonce could be under Monarch mind control and unable to deprogram herself. If that’s the case, God could have mercy on her soul.)

Jay Z has even more earmarks of being a satanist than Beyonce. However, unlike his wife, he displays no signs of being under mind control and appears to have chosen the path to darkness of his own free will.

Jay Z is a follower of satanist Alistair Crowley, and Crowley’s motto: Do What Thou Wilt.  If Beyonce is under mind control, Jay Z might be her handler.

Jay Z has a song entitled Lucifer on his Black Album. His lifestyle and music are certainly responsible for influencing legions of young people to follow the path of darkness. Jay Z also supported and campaigned for the man who calls himself Obama and Hillary Clinton.

If he continues on the path he is on, Jay Z is going straight to a hell.

Long rumored to be homosexual (heck, he once offered to take me “for a ride” in his limousine), Clooney also supported and campaigned for the man who calls himself Obama and Hillary Clinton.

Clooney makes movies such as Good Night, and Good Luck that lie to the American people through their presentation of revisionist history. As a member of the Council on Foreign Relations, he now has a hand in crafting foreign policy, where he’ll undoubtedly try to spread his anti-God agenda.

Clooney is living the good life now, but if he doesn’t repent, his time in hell will not be so rosy. George is a likable guy. I hope he sees the light.

Is there anyone more blasphemous than Sarah Silverman? Or more unrepentant? She seems so desperate for attention, so in need of laughs and applause, that nothing is off limits. Anyone with even a smidgeon’s knowledge of psychology knows that a person so in need of attention and the approval of others is a person filled with immense self hatred. This is the girl who said she would kill Jesus all over again if she could.

Tom Hanks just might be the most anti-God, anti-Christian name on this list.  Through movies like Angels & Demons, Hanks mocks and disgraces the Catholic Church, and attempts to spread disinformation about secret societies. Have no doubt, unless he repents, which appears highly unlikely, Hanks is headed for eternal damnation. It will be a hell of his own making. 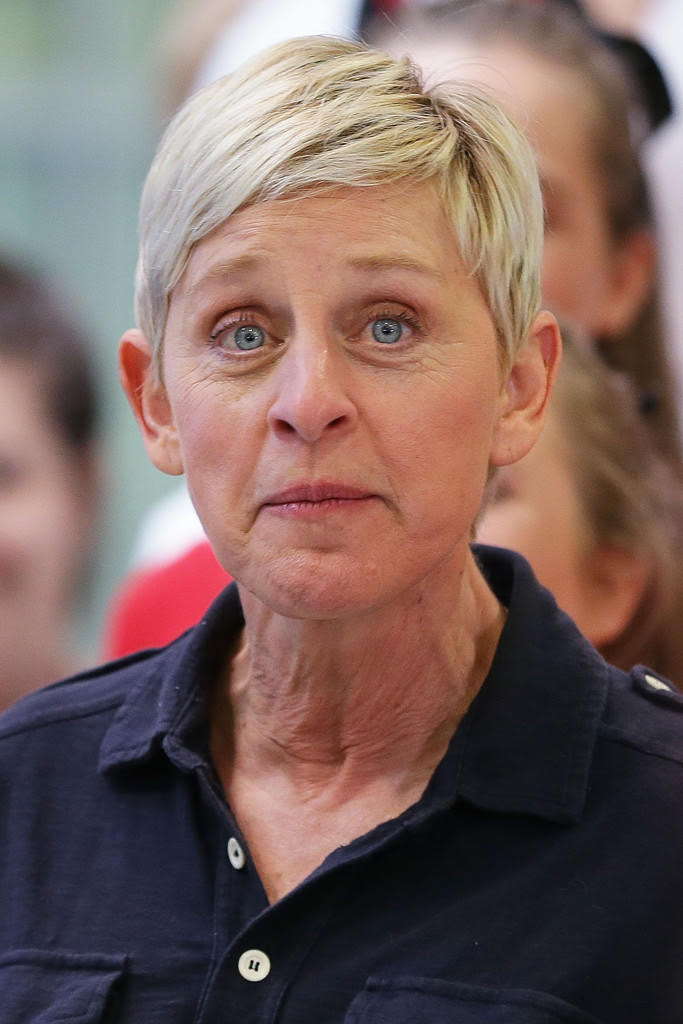 Ellen Degeneres is a flaming homosexual whose lifestyle stands as a blatant rejection of all that God represents. She undoubtably has influenced thousands to follow her down the path of homosexuality and sin. Another supporter of the man who calls himself Obama and one of the first to present him to the American public, Degeneres bears a responsibility for all the evil that Obama’s administration wrought. Headed for hell if she does not repent, Degeneres has only herself to blame.

A longtime supporter of satanist Alistair Crowley, this ex-Beatle played a huge hand in the indoctrination of American youth into a culture of drugs and sex. Not likely to repent, Faul looks to be spending an eternity in hell, where he’ll join ex-band mates, John Lennon and George Harrison.

Similar to Michael Jackson, rumors linking Woody Allen to child molestation have circulated for years. I used to find his movies funny. Now I see them for what they are: crude laments from a Godless and sex-obssessed immature man

Of all the names mentioned here, Allen could be the one most likely to repent in time to save his soul. Why? Because he’s a coward and as death approaches, he just may come to his senses and ask forgiveness for his sins.
—
Mike Stone  is the author of –

“COVID-19 and Kids: A Parent’s Guide to the COVID-19 Pandemic” available here: https://amzn.to/3b4M4Qr“Reversing the Side Effects of the COVID-19 Vaccine: How to Heal Yourself from Adverse Reactions to the Trump Vaccine and Protect Yourself from Shedding,”available here. “COVID-19 and the Mark of the Beast: What Every Christian Needs to Know About the Trump Vaccine”https://amzn.to/3DA8shuHe is also the author of Based, a young adult novel about race, dating and growing up in America, and A New America, the first novel of the Alt-Right, a dark comedy set on Election Day 2016 in Los Angeles – – Available on Amazon.