The script was written many years ago; the producer is a well-known, foreign-born liberal; the director has been chosen; the location is set; and the hostile actors are already committed—America will fall. The script has been written with two endings—both disruptive, destructive, and even deadly to our republic.

The first one is if Biden wins and there is no widespread voter fraud, then Trump will exit the White House and turn over the house keys to Biden. Joe probably won’t last six months until he is asked, threatened, and forced to enter an assisted living facility, making way for Kamala Harris to settle into the Oval Office. Since there are no limits to her leftist views, she will take the nation far, far left, but most sincere, sensible, and sane Americans will refuse to go.

Contrary to the thinking of many, refusal to obey government is not the unforgivable sin. It can be the only thing a principled person can do. Disobedience to an administration is not disloyalty to our nation.

Harris has promised to take charge of the gun problem if elected. She promised, “Upon being elected, I will give the United States Congress 100 days to get their act together and have the courage to pass reasonable gun safety laws, and if they fail to do it, then I will take executive action.”

The Second Amendment guarantees all the other amendments. Patriots must not fall into the false or weak argument that the Second Amendment is to protect our homes, right to hunt, plinking, etc. That amendment is to protect us against an obtrusive, obsessive, and overreaching government. The time may come when true Americans must defend our nation against our administration. That is what harelips every leftist in government.

Face it, the leftists want your guns, but they will take them progressively. They will register all “assault rifles”; tax each one; require them to be locked up; require gun insurance; promote a massive buy-back program; and finally confiscate all remaining guns—for the good of the children, of course.

If Democrats are so stupid to try the above, the streets will run with blood, and the blood of Blacks and Whites, conservatives and liberals, Republicans and Democrats, and rich and poor all runs red. Normal Americans know what has happened in other nations where guns were taken and will not permit it without a valiant effort to stop it.

Additionally, the acceleration of Democrat-sponsored baby-killing, high taxes, offensive regulations on business owners and individual citizens, public perversion and transgenderism, invasion of our borders, etc., will only exacerbate the gun confiscation into a civil war.

The left (the BLM and Antifa crowd) wants a revolution where they are in control, the homes are decimated, the churches are powerless, and the poor are forever poor and always vote Democrat.

(ANP EMERGENCY FUNDRAISER: Due to unexpected medical and emergency repair bills, please consider donating to ANP to help keep us in this ‘Info-war’ for America at this most critical time in US history as we approach the 2020 election during a time of systematic ‘big tech’ censorship and widespread Democrat corruption.) 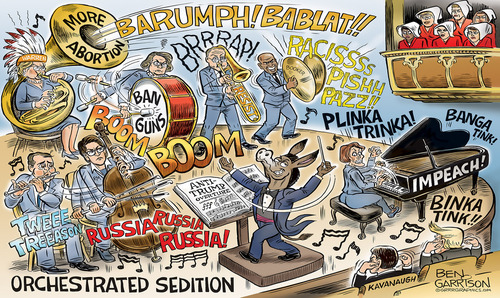 The second ending is if Trump wins, his tenacious, even vicious enemies, will charge election fraud and demand the election to be nullified. While election fraud happens in every election, it seems the Democrats get concerned about it only if the Republicans win. It is not wrong if the Democrats win. The stuffed ballot boxes, the dead voting from the graveyards, the lost ballots, the ballot harvesting, the forged ballots, and other shady and illegal practices are overlooked, even promoted and practiced and protected by Democrats.

So, with Trump’s win, wild charges will be hurled into the air along with firebombs, bricks, rocks, and Molotov cocktails. The radical fanatics will have their cause célèbre to justify their “peaceful” protest of burning, looting, and killing. After all, it’s a good, even great cause to revoke an undesirable election result according to the vicious, virulent, and vile social Democrats, their hordes of fellow travelers, and their useful idiots. So, they will have their justification—in their warped minds—for violence and taking over a free nation.

Radical leftists will file numerous lawsuits to keep Trump’s team off guard doing defensive work. They will make outrageous accusations to keep him, and his team occupied with trying to prove that he did not drown a litter of puppies in 1989 in the Hudson River, nor did he shove a blind, crippled, elderly Hispanic lady onto the subway tracks, nor did he ridicule a stuttering, black, female, AIDS-infected Native American midget at a birthday party for his best friend who was jailed the next day for child molestation.

Legal officials across the nation will take sides—judges, lawyers, attorneys general, and others; hundreds will resign or be removed from office, accelerating further chaos in the nation.

A challenge to Trump’s legitimacy will get on a fast track to the U.S. Supreme Court that will become a wild donnybrook. The justices will be harassed and threatened by nuts on both sides, but conservatives will be suppressed and ridiculed by the mainstream media. If the Supreme Court rules in Trump’s favor, they will be castigated by unprincipled Democrats and the media (but then, I repeat myself.) The ruling will not be accepted by the losers. Marchers will march; looters will loot, and shooters will shoot. No citizen will be safe. Police officers will resign en mass, and cities will spiral out of control. That’s what the leftist crowd wants—anarchy.

If the Supreme Court rules against Trump and issues an order for him to be removed from office so Biden and Harris can be ensconced, the diehard Trumpers will lose their composure and make trouble for the media, universities, and entertainers. No doubt, the extremists on the right will join with reasonable but angry Trumpers, and Trump will be blamed for any disorder—of course.

It should be remembered that the federal judicial branch is authorized to try controversies related to the Constitution, where the United States is a party or between states or citizens of different states. Since no state court would have the authority to do so, any controversy involving the President’s reliability, responsibility, or removal must be decided by the Supreme Court.

The highest Court in the land may rule against a sitting President, but who will enforce the order? It must be remembered that the Supreme Court is not the law of the land, although Americans and even Congress have assumed that misconception. Our wise founders devised a government of three almost equal branches with checks and balances to keep one branch from assuming power over the others. However, the Court is somewhat weaker than the other two branches since it has no enforcement power. Moreover, the Court assumed additional ungranted authority in 1803 with Marbury v. Madison when the Court started down a path of judicial review, which was, in reality, the path of usurpation.

Referring to the Court, Alexander Hamilton strongly declared in The Federalist Papers, it had “no influence over either the sword or the purse, …It may truly be said to have neither FORCE nor WILL, but merely judgment.” Wisconsin strongly informed the Court that it was not all-powerful when they rejected the Court’s Dred Scott decision. President Lincoln accepted the decision regarding Mr. Scott but not as a precedent for the nation. 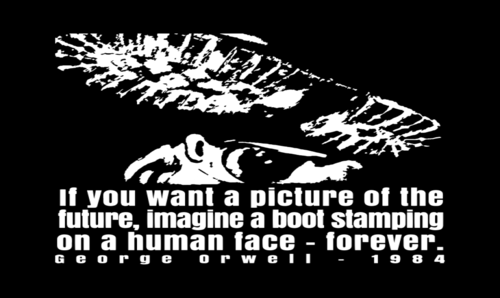 The extent of the Supreme Court’s power or lack thereof was evidenced when Lincoln suspended habeas corpus (illegally since only Congress can do that); arrested more than 14,000 political prisoners (the Columbia Law Review says 38,000); suppressed more than 300 newspapers, arrested and imprisoned numerous legislators, and defied a Supreme Court decision. He is now loved by everyone. Trump never came close to being unconstitutional, as was Lincoln. However, the hatred for Trump is incredible, irrational, and almost insane, demonstrating that the more society drifts away from constitutional truth, the more it will hate those who speak the truth.

Any President would be a fool to pack his bags and move from the White House when there was obvious election fraud, and anarchists had taken over the cities. In fact, such action would be malfeasance of authority.

If the Court rules against Trump’s reelection, and he refuses to leave office, what can the Court do to enforce their order? In that scenario, the nation will be divided, with the military and intelligence agencies taking sides.

Under such conditions, only God knows how it ends. Whichever way it ends, it will probably end the exceptional example of a “city on a hill” as a beacon of hope for the hopeless. The greatest nation on earth who will no longer be able to honestly promise, “Give me your tired, your poor, your huddled masses yearning to breathe free.”

In that event, everyone loses and is destined to have a tyrannical foot stepping on everyone’s face forever—or until the Third American Revolution.