“It didn’t hurt Susie either that her sister
Ann married Sergei Brin.

It’s a family affair, you see, if you wish to solve the riddle of any ordinary Jew’s success.”

The Riddle Of Jewish Success
By Brother Nathaniel
(abridged by henrymakow.com)How many Jews does it take to change a light bulb?
None, the Shabbos goy does it.

How many Jews does it take to pursue a neck injury?

They know Jews are good at shaking down others for gelt.

Jews are good at a lot of things.

They excel in every profession.

They’re doctors, lawyers, CPAs, CEOs, and some are even heads of Big Tech.

She’s a Jew who rose to Google fame on the kosher agency of her father, Stanley Wojcicki.

Stanley was a professor of physics at Stanford where he reportedly did research for the CIA, a subsidiary of Israel’s Intel Agency, the Mossad.

Google, owner of YouTube, finally showed its kosher credentials when it kicked Brin and Page under the bus, and created its parent company, “Aleph Bet” in Israel, popularly known as “Alphabet.”

It didn’t hurt Susie either that her sister Ann married Sergei Brin.

It’s a family affair, you see, if you wish to solve the riddle of any ordinary Jew’s success.

You got to have the right connections.

And no tribe is totally connected up like the yids!

A teenage Jewish boy named Marc Zuckerberg got into programming.

His Jewish family finagled him into Harvard where he met Dustin Moscovitz.

He was a fellow Jew, who reportedly got some Jewish funding to launch Facemash, which morphed into, Facebook.

In other words, you got to belong to the right synagogue, and every synagogue is the right one, if you want to succeed in programming….

Here’s a riddle for you.

How many Jews does it take to shape US policy? 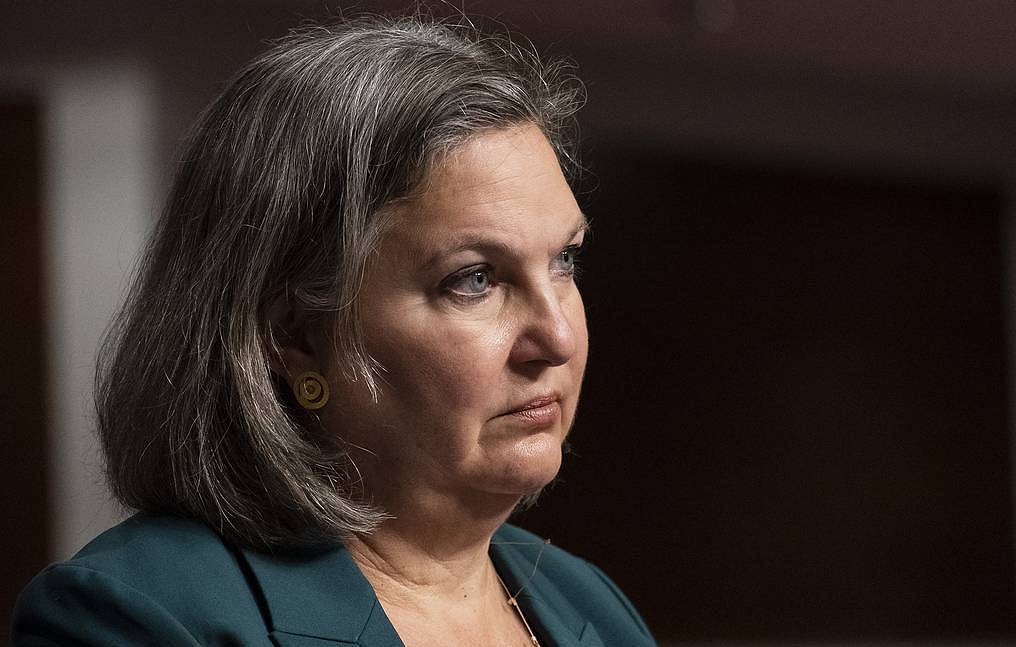 Single handedly, this plump and pudgy Jew at State has convinced the entire US population that Russia is America’s enemy and that Ukraine is America’s best friend.

No more Nutcracker Suite at the Metropolitan Opera!

Just alot of Ukraine flags on every goy’s front lawn!

Forget the fact that most goys can’t find Ukraine on the map.

The riddle of the story is that Jews in high places, the press, the internet, finance, law, I mean, everywhere you go, have hijacked the American system.

They push Black Lives Matter like they’re the greatest thing since black beans.

But if a swhwartza gets out of line, then every fashion company, every talent agency, every bank, every footwear company–even Gentile ones, every celebrity–shiksa ones too–will “blackball,” no pun intended, that ‘Auntie Semite’ schwartza.

It’s yet another riddle of Jewish success.