Christopher Columbus haters should leave his statues alone, get a job, take lunch to a sick neighbor or volunteer at a soup kitchen 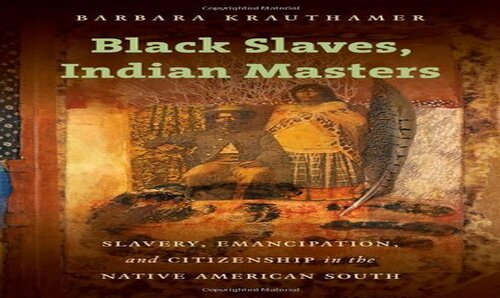 It’s getting that time of the year when people who wish to be perceived as modish, maybe even elegant, start taking shots at Christopher Columbus. It shows they are woke. (That’s the first time I’ve used that word incorrectly, and I feel, well, silly.)

The Indians in North America were sleeping peacefully in their hogans, wigwams, and longhouses during the early hours of October 12, 1492. They were dreaming as their ancestors had for centuries, of flashing salmon, thundering herds of bison, the thump of an arrow striking a deer, and the sound of corn rustling in the evening breeze, with no idea of the events that would happen when Europeans stepped out of a small boat into the pounding surf.

As the Indians began to stir from a sound sleep, Admiral Christopher Columbus was nearing the island of San Salvador. While looking for the old world, he had discovered a new world.

Columbus had arrived. He delivered civilization to this continent—and all that went with it, good and bad. He brought culture and corruption but far more good than bad.

Columbus knew he was nearing land when he saw driftwood floating near his ship and land birds flying around the masts. He, no doubt, wondered what people were watching his ship from behind the screen of foliage as he neared the shore. Would the people be friendly, noble savages, or hostile, brutal savages? Both ideas would be promoted for many years back in Europe, but the idea of noble savages was popularized by writers in recent times to prove they are woke. (See, I did it again and it’s still silly.)

It is true that what may be accurate of one tribe would not be correct of all tribes. Also, the time in history would make a difference in some comparisons. There would be a big difference in 1650 and 1850.

The internet and schoolbooks are loaded with humanist, inaccurate propaganda that American Indians were not violent as American movies present them as being. (As an aside, if I have to choose between what a humanist says and what John Wayne clearly portrayed, the choice is easy to make.) We are told their women were not slaves that worked all day so the braves could hunt and fish. We are expected to believe the women were good and noble when fornication was the norm. The revisionists always reveal bloody massacres by whites but don’t usually balance it with the fact that there was brutality and broken treaties on both sides.

The “noble savage” is a product of imaginative writers with humanist leanings. Some of the Indians were brutal savages, even cannibals! The New Columbia Encyclopedia reported on some Northwest tribes such as the Kwakiutl who “had a highly classified society with chiefs, nobles, commoners, and slaves….This distinctive culture, which included cannibalistic rituals, was not greatly affected by European influences until after the late 18th century….”Yes, some Indians kept slaves and ate them during hard times!

Wonder why that is not taught in any public schools? Or Christian schools?

(ANP EMERGENCY FUNDRAISER: Due to unexpected emergency repair bills, please consider donating to ANP to help keep us in this ‘Info-war’ for America at this most critical time in US history as we approach the 2020 election during a time of systematic ‘big tech’ censorship and widespread Democrat corruption.) 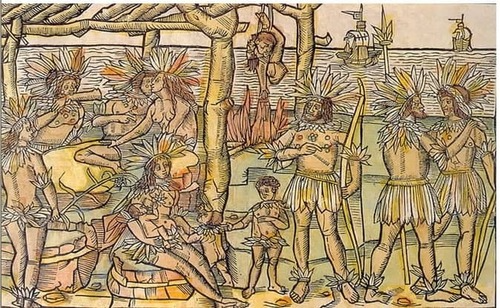 Indians are alleged to have been preservers of pure air, water, and the forests while modern Americans are made to feel guilty for highways, homes, and hospitals. And cities, colleges, and churches. We are told that is not progress. I suppose deer trails, wigwams, and kids dying by the thousands is preferable!

The modern factory spitting out smoke is said to be obscene and a blight on mankind, but a smoking factory means jobs, money, bills paid, and food for children, gifts to charities, higher Gross National Product, and a higher standard of living for most people.

Yes, I choose smoking factories to silent, dark factories because I love people better than I do clean air. If I have to choose between an unobstructed view of a field of buttercups and a housing development, I will choose the houses every time. While being interested in cleaning up the environment, let us not become fanatics and follow the self-serving hypocrites in that movement who use the altruistic concern of sincere people to “feather their own nests.”

We are supposed to feel guilty for being white, middle class, and Protestant/Baptist; or black, upper class, and Episcopal. This is especially true regarding what we have done with the land since “taking it from the noble savage.”However, the Indians were not always careful with the environment. The Columbia Encyclopedia reveals the Choctaws “hunted with bow and arrow and blowgun, caught fish by poisoning streams.” Yes, friends and neighbors, the “noble savage” was often a polluter. Sorry about that.

Before Columbus, the Indians had lived here for hundreds (some say thousands) of years but were still living in crude homes; eating and warming themselves over an open fire; and letting their old people die alone without help. No Indian in North or South America had the concept of the wheel even though the wheel was used for transportation in Mesopotamian chariots in 3200 B.C.

Indians had access to all the gold, silver, iron, water, trees, etc., that the white man had, yet it was the white man who built the greatest, most advanced society in the world. If that sounds like racism, so be it. It is also factual. Most Liberals don’t like facts; they prefer fantasy, or fiction, or faith in old, discredited theories that informed, honest people discarded years ago.

If the white man had not beached his boats on the sands of Jamestown, Plymouth Rock, and Cape Cod, the Indians would still be huddled around their soot-lined tepees warming themselves over a fire made by rubbing dry sticks together. They would still be burying their children because of childhood diseases, and maybe the air would be cleaner if the white man had never come, but who would be alive to care? 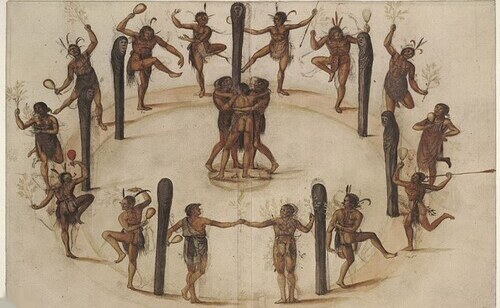 As I think about the previous two paragraphs, I’m convinced all sane people know the truth of my statement; it’s just I’m not supposed to say or write it because it makes some people unhappy and uncomfortable and unsure of themselves. Well, they will get over it with enough time.

While the Indians in Central and South America had more advanced civilizations, they were still savages. In Mexico, the Aztecs sacrificed thousands of young virgins every year and literally jerked the hearts out of their enemies before the terrified victims were burned on a much-used altar. The dead were then eaten.

But the modern race hustlers tell us Chris was a bad guy and is worthy of our disdain, disgust, and denunciation; however, many minorities make heroes out of thieves, thugs, and tyrants. And that seems to be acceptable. Columbus was far from perfect, but he was one of the most courageous men of all time. His coming to the New World helped end brutality and gave impetus to the greatest civilization on the face of the earth—America.

The Columbus haters should leave his memory and statues alone and go out and get a job, take lunch to a sick neighbor, and volunteer at a soup kitchen.