Thank you to the many visitors.  Please spread to family and friends, as 90% of California Democrat voters have never been exposed to 7 conservative news sites for two months of their whole lives. 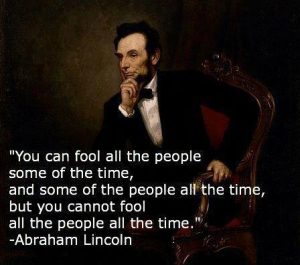 Breaking!!!  McCarthy: FISA Applications confirm: The FBI relied upon the unverified Steele Dossier…PAID FOR BY HILLARY AND THE DNC!! TREASON!!!

Clapper: Obama is responsible for Russia investigations.  Any reasoning human realizes if the DNC paid for evidence and used it to try to harm the opposing presidential candidate, that is TREASON greater than any other in our nation’s history.

Super Size me documentary maker’s past is dubious.  Claims he’s been drunk every week since he was 13.

Chuck Norris: What the media won’t tell you about illegal immigrant crimes.

Geller: 1,400 years of Jihad, Robert Spencer’s ‘The History of Jihad’.

Imani: Iran and terror as an instrument of policy.

Paulson: 13 Surefire ways to fail as a politician.

Unhinged: Delusional Democrats, most using psychotropic drugs or having sex outside of heterosexual marriage and thus easy to manipulate psychologically by the liberal media and schools, believe Trump is a traitor.

Dr. Orient: Congress and the IRS have stranded patients in Swampcare.

Ledeen: Why are the Democrats and the spooks suddenly so ferociously anti-Putin?

Trump: Using Steele Dossier to open Russia Investigation  is a ‘disgrace’ to America.

Sen. Gillibrand Says the ‘First Thing’ Democrats Should Do If They Take Back Congress Is Abolish ICE

Millennial whines about getting by on $4,000 a month while her parents pay her expenses.

Farah: The two things you won’t find at the Museum of the Bible.

Alexander: More Sneaky Things Than You Think Take Place Behind the Scenes in Politics