My name is Ryan Messano, and my number is (707) 580-1849.  I’m happy to assist anyone looking for more information on conservative, Christian, Constitutional causes.  Thank you kindly for reading, have a great weekend! 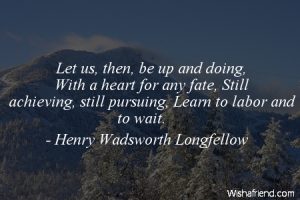 President Harry S Truman spoke at the laying of the cornerstone of the New York Avenue Presbyterian Church, Washington, D.C., April 3, 1951: “Without a firm moral foundation, freedom degenerates quickly into selfishness and license. Unless men exercise their freedom in a just and honest way, within moral restraints, a free society can degenerate into anarchy. Then there will be freedom only for the rapacious and those who are stronger and more unscrupulous than the rank and file of the people. … The international Communist movement is based on a fierce and terrible fanaticism. It denies the existence of God and, wherever it can, it stamps out the worship of God. Our religious faith gives us the answer to the false beliefs of Communism. Our faith shows us the way to create a society where man can find his greatest happiness under God. Surely, we can follow that faith with the same devotion and determination the Communists give to their godless creed. … Every day our newspapers tell us about the fighting in Korea. Our men there are making heroic sacrifices. They are fighting and suffering in an effort to prevent the tide of aggression from sweeping across the world. … Our young men are offering their lives for us in the hills of Korea – and yet too many of us are chiefly concerned over whether or not we can buy a television set next week. … This is a failure to understand the moral principles upon which our Nation is founded.”
BREAKING!!!  Six women accuse Moonves!!

Federer: The Forgotten War and why we fought it.

Walsh: Young people flock to Socialism because they  have been badly parented and badly educated.

Delingpole: Free speech is  under attack by Silicon Valley, and only one man can save it.

D’Souza: The Lincoln Model: How Trump can shut down the Democrat Plantation.

Payton: How Athens rebuilt itself only to be defeated by a foreign power

Fiene: If you don’t know enough about politics, don’t tweet or vote.

Judge forces high schoolers to share showers with opposite sex.

Why do Christians love Trump, despite his sins?  It’s simple.

Pompeo: Religious freedom ‘not exclusively an American Right – it is a God-Given Universal Right’.

Cornyn to Delusional Dems, ‘Get a grip’!

Limbaugh on Facebook:’Ridiculous to have an enterprise this big run by people who are so ignorant’

Facebook stands to lose tens of billions in lawsuits.

Farah: Look who is crying out for censorship!

Dems introduce legislation to criminalize lying about elections.  Would put nearly every Democrat in America in jail.

Clueless, ahistorical, and delusional Ocasio-Cortez seeks to tax the rich/slash the military.  Exact strategy that destroyed nearly every great empire in world history.

Hiestand: A hatred ignored from the pulpit.

Paul La Valle: Obama’s dying vision, the only card in the Democrat deck.

Ibrahim: Lessons from the past, why Eastern European nations reject Muslim Migrants.

DeSanctis: What the public really thinks about ROE.

Trump warns Turkey of sanctions if U.S. pastor not freed.

Ramsey: Is all debt bad?

Safi: The Simele Massacre and the unsung hero of the genocide convention.

Trump may bomb Iran as soon as next month.

Orca mom mourns calf’s death by carrying it for days.

How Silicon Valley became a den of spies.

Watch: Judge Jeannine: ‘Left thinks they have a right to shut you down.’

Corrupt and ahistorical NPR, leeching off taxpayers, sez ‘Jesus was a Socialist’.

Kamala Harris sez, ‘We must think of immigrant children as our own’.  Has no qualms about sending swat teams to the home of a whistleblower of her biggest donor, Planned Murderhood.  So American children don’t matter to her.

Hakim: Our kids are asking and we have no easy answers.