– Conservatives must rise up against the Democrats legacy of corruption

By John C. Velisek – US Navy, Retired – All News Pipeline

Our general election was a fraud. The methods and manners of election fraud are numerous. The talking heads and progressive socialists continue to blather that there is no evidence of voter fraud. They expect the American people to nod and go along with the pronouncements they make. They keep claiming that the lawsuits the President has filed and will continue to file are without merit. The media has not investigated any of these lawsuits, which were mostly filed by individual groups of citizens, and were rejected by the respective states’ sycophantic justices.

The mainstream media, who spent almost four years on the Russian collusion hoax, see no reason to contest this election, even though they never conceded to President Trump. The hypocrisy is astounding. The progressive socialists and Never Trumpers continue to lie about having no evidence of voter fraud. In the next breath, demand that President Trump’s lawyers turn over all evidence without going to court. I am trying to decide if this is because they are unaware that the evidence will be shown in court shortly or just want the opportunity to spew forth the lies.

In “The Election Debacle Part 1” I discussed the evidence that is already a fact that has been shown in the past two weeks. In part 2, I will continue to deliver the facts as they are, ask questions about the media coverage, or lack thereof.

In Michigan, Wisconsin, Pennsylvania, and Georgia, the input of ballots snuck in in the middle of the night has been found to be true. These fraudulent ballots were inputted to decrease the lead that President Trump held. These vote dumps all followed the same process.

In Michigan and Wisconsin, these unchecked, unverified ballots showed 138,339 voted for Biden and zero for Trump. Does this seem viable to anybody? The MSM neglect to mention anything about these ballots and refuse to let anyone else discuss it. Put it on Twitter or Facebook, and you can expect it to be censored. In Michigan, these ballots overcame an almost 800,000 vote lead for Trump, and in Wisconsin, these ballots were used to overcome a 4 point lead for Trump. It should be noted that these fake ballots were delivered when the voting count was supposedly stopped.

The two Republicans on the canvassing board in Wayne county have been ridiculed, their children threatened and doxxed to the unruly mobs in Progressive socialist control to intimidate them into certifying the result after they had already voted no. Because of the intimidation into changing their votes, the officials claim they can no longer change the votes back to no.

Another anomaly that has yet to be explained is that Detroit Democrat officials claimed that the machines could not read the military ballots they received and proceeded to fill out new ballots without any Republican poll watchers present, this is a felony according to federal and State law, and those filling out the ballots need to be held responsible. Is this the reason that they locked the doors and boarded up the windows, refusing to let the Republican pool watchers into the office?

In Wisconsin, the recounts, again without any verification of the ballots in Dane and Milwaukee counties, were paid by the Trump campaign committee because the State refused to do an audit. Perhaps that is because they do not have to explain why seven districts in Milwaukee reported more votes than registered voters by a wide margin. They are claiming that the city of Milwaukee had a record turnout of 84%. Perhaps if they include dead voters, voters who have moved, and illegal votes, they can claim that number. The voter turnout in 2016 was 67%. Seven districts in Milwaukee have reported voting higher than 100% of voters, and one had a count of 202%. Again, silence from the mainstream media and social media.

Wisconsin Assembly Speaker Robin Vos has asked the Assembly Committee on Campaigns and Election to review how the election was administered. Republican Party of Wisconsin Chairman Andrew Hitt called out the process and administration of the vote as well. Surprisingly, the MSM and social media have not covered this, and once again, if mentioned, the discussion is censored.

The Wisconsin Elections commission let the door open when it refused to clean up the voter rolls, allowing those who had moved and dead people to be a ready database for voter fraud. A circuit court judge ruled that these purges from the database must be completed. The elections commission ignored this ruling and was found in contempt of court. The names remain, allowing the fraud to continue. Because of a lawsuit by the Wisconsin Institute for Law and Liberty, the Wisconsin Supreme Court has agreed to take up the case but has put off a decision until after the Presidential election.

The Wisconsin Election Commission also allowed local county election clerks to “cure” spoiled ballots by filling in addresses even though those spoiled ballots should have been invalidated. Also used was the “indefinitely confined” premise to be used on over 200,000 votes that were not verified. “Indenfitely confined” voters were not required to show any type of identification.

After Wisconsin Supreme Court Justice Michael Gablemn had ruled that Wisconsin Stature 6.86 ruled that if an absentee ballot does not have a witness or address on it, it is not valid. The Wisconsin Elections Commission was found to have actually instructed clerks to illegally fill in these sections so that the votes would count. The Wisconsin Elections Commission affirmed Wisconsin 6.87 (6D) in a memo sent out in August that an incomplete mail-in ballot would not be counted, and in Mid October issued a directive giving clerks authority against the state law to fix incomplete ballots.

In both Wisconsin and Michigan, Democrat officials refused to explain Biden’s sudden rise in the vote tally but felt the need to demand that misinformation would not be condoned. They have yet to explain how votes were received at 6 am, or how these votes were 100% for Biden. Michigan Secretary of State Jocelyn Benson, a progressive socialist Democrat, asked everyone to stop spreading misinformation that was true.

She didn’t want the information to spread and refused to explain or give any indication that there was a problem. In the same vein, Michigan Department of State spokesperson Aneta Kiersnowski, another far-left Democrat, declared that pairs of election workers, one from each political party, work to tabulate ballots to ensure fairness. This is a total lie when one looks at Detroit.

In Georgia, the Secretary of State intends to certify the count soon. A recount that was done is invalid. The mainstream media will call the recount an audit. They feel that this will placate the residents of the State, counting on their assumption that the citizens are too stupid to understand the difference between a recount an audit. In the recount, no ballots were verified, and no signatures were matched. They just counted the invalid votes that they had already certified. Republicans were not allowed to have the watchers required to prevent any illegal votes or question the vote in any way. There were ballots coming in the morning after the election. Georgia officials told the poll watchers that they had concluded the counting until the next morning, and after the poll watchers had left, continued counting the newly received ballots. 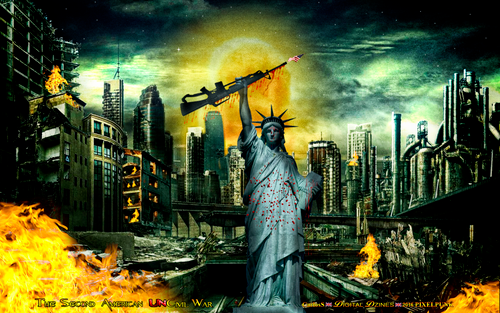 Democratic operatives have already started a campaign to doxx lawyers who are fighting for electoral integrity. The media, mainstream and social will continue to demonize whistleblowers, legitimate journalists, and political officials that do not bow to the agenda of the progressive socialist New World Order. One Trump attorney Linda Kerns, who is working on voter fraud, has been placed under the protection of US Marshalls because of threats of harm by a lawyer from the firm representing Pennsylvania Secretary of State Kathy Boockvar. She has also received abusive emails, phone calls, physical and economic threats, and accusations of treason.

In Pennsylvania, Republican ballot inspectors were denied access to an area where they would have the opportunity to be a part of the process. In six, deeply blue counties, officials allowed voters to “cure” or make changes to their ballots that would have been disqualified if the officials in charge actually followed the law. The Pennsylvania Supreme Court ruled last month that mail-in ballots were not to be provided the same “curing” that in-person voting allowed.

The Secretary of State, Kathy Boockvar, violated this election decision by the Pennsylvania Supreme Court and allowed Democrat mail-in ballots for Biden to be verified and counted. Local election boards gave the information on these invalid ballots to Progressive socialist party activists so they could be corrected in violation of the Supreme Court ruling, but only if they were votes for Biden.

In a suit filed by Thomas Breth, it was made clear that it was illegal for the counties that were Democratic strongholds to create their own standards, their own procedures in the area of disqualified ballots. The state election code forbids reaching out to voters to have their votes changed. This process was widespread and never sanctioned by the state assembly. The Pennsylvania Supreme Court was complicit in allowing the counting of ballots with late or no postmarks.

Going by the name “The Great Reset” is just another attempt to steal the election in order to subjugate the American people. Threats, violence, and doxxing for the mobs have now become a way of life for the progressive socialist Democrats and their minions. This nationwide voter fraud will not be allowed to stand. Patriots in this country will rise up if this election continues to be stolen.

No amount of violence or threats will force the American people to submit to the John Kerry wing of socialist globalism. George Soros will not be able to walk away without being damaged. There are repercussions to what they are attempting. They talk of a civil war. The civil war will turn into more than they have bargained for.