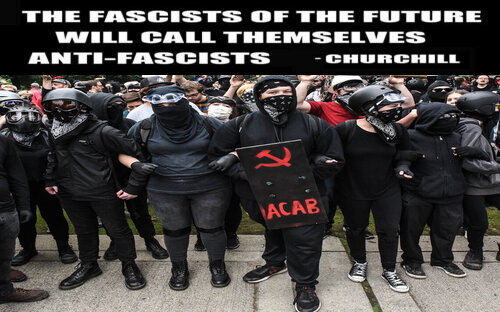 All principled people want everyone to have an equal opportunity for a good life, a safe life, and a productive life, whatever his or her race, religion, or region. That reasonable, humane, and kind attitude is the reason for a quick acceptance of the proclamation, “black lives matter.”That was the right attitude, even a Christian perspective to have. All good and decent people would agree.

Of course, we all thought black lives mattered, and most of us added, but then all lives matter. What we didn’t know when we first heard those words is that not all those people were concerned about black lives; they wanted to produce rage, resistance, revolution, and reparations.

Those realities are obvious as I write this column. Sane, thoughtful people have said, “Whoa, just minute, I’m for equality and fairness, but I want no connection with BLM since it really means, Burn, Loot, Murder.”

This lethal crusade is not new. It has been in the works for years. Like termites, it has wormed its way into our churches, schools, military, entertainment, and industry. At the core is hatred of authority.

Many people involved with BLM, Antifa, Nation of Islam, and other groups are innocent dupes, guilty of being too lazy or careless or stupid to think for themselves and take a stand for principle, not swallowing grandiose slogans. Maybe too late, they will realize they were regarded as useful idiots to be used by unprincipled tyrants. No doubt, many have realized the truth as they watched New York City, Portland, Minneapolis, Seattle, Kenosha, and other cities burn.

This revolution is not spontaneous. The nefarious leaders had only been looking for the opportune time. They found it: authorities apparently mistreated a man, even a bad man (although we all know now that he was resisting arrest and had overdosed on fentanyl); the weather was right; it was a chance to attack the man every leftist hates, Donald Trump; and the money was available to fund the whole thing. It didn’t matter that the money was dirty and from a corrupt individual. Everything fell into place like it was planned.

The on-going Revolution of 2020 is not accidental unless the Rose Bowl Parade could be so identified.

This has happened before.

(ANP Emergency Fundraiser: Following Stefan’s medical emergencies during the month of July and upcoming medical bills for surgeries he’ll need, ANP is holding an emergency fundraiser. So if you like stories like this, please consider donating to ANP to help keep us in this ‘Info-war’ for America at a time of systematic censorship and corruption). 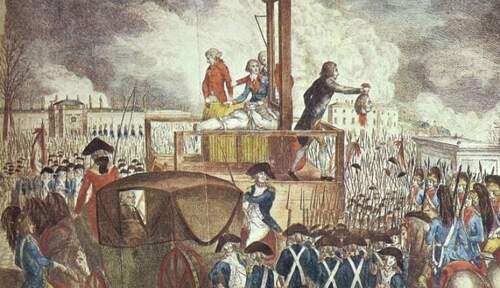 The dictum of “liberty, equality, and brotherhood” struck a chord in the hearts of the eighteenth-century French, especially the common people who paid most of the taxes, did most of the backbreaking labor, and did most of the fighting and dying during their intermittent wars.

Scott says in Inside the terror of the French Revolution that the French did not understand that there can be equality of opportunity and of the law, but that does not guarantee equality of outcome. After all, true liberty will provide room for differences in abilities and choices. Two equally free people may have a vast difference in personal character, discipline, ability, ambition, and numerous other attributes that will impact results. Forced equality of outcome never works.

What most readers of the infamous French Revolution have missed is that it was not an automatic response by an oppressed, overtaxed, underfed people to an oppressive king. Rather, it was a revolution that had been planned for decades. Humanists such as Voltaire, Diderot, Rousseau, plus thousands of masons, illuminists, atheists, agnostics, and other God-haters, planned to eradicate all religions, King Louis XVI, and the father-led families in France. Some, like Voltaire, were critical of the Roman Catholic Church but did not want it destroyed since it was the glue that held the nation together. Their goal was to destroy its grip on the nation.

Note that the Revolution was an attack on all authority—the church, the crown, the cottage. Pierre Bayle (died 1706), was a French Calvinist philosopher who had a major influence on the Enlightenment. He was forced into exile by the repressive policies of King Louis XVI. Bayle’s writings demanded freedom of thought, religion, and no despotic rule. Legitimate critics of monarchy and the absolute rule of King Louis XVI had been fueling reproof, resistance, and revolution for decades. However, the radical critics went all the way to the guillotine.

Emmanuel Joseph Sieyes, Jacques Pierre Brissot, Goerges Danton, and Maximilien Robespierre played an essential part in propelling France toward the Revolution. However, the nation had been infected by skeptical, even atheistic termites for decades that destroyed the nation’s foundations.

The framers of the Revolution were all influential journalists or aristocrats in powdered wigs and silk knee-breeches, carrying expensive snuff boxes. The common people who did the work, paid most of the taxes, and fought the wars wore long pants called pantaloons. They were work clothes.

The march to the guillotine started in 1717 with Voltaire when he was imprisoned in the Bastille for almost a year for mocking authorities. He was a courageous crusader against tyranny, bigotry, and cruelty; but he was also a skeptic, believing in a god and the afterlife, but not much else. His wit influenced future writers and philosophers to attack authority, and some went much further than Voltaire wanted to go, but that usually happens when men are separated from the authoritative Bible. He and other philosophers were interested in public morality and virtue even though most of them lived like barnyard animals. That was true of Voltaire, who was sexually involved and lived with his “fat and rosy-cheeked niece” until his death.

Maximillian de Robespierre was one of the most influential figures of the French Revolution, which brought about the fall of King Louis XVI in 1792, and was the main cheerleader for the on-rushing and bloody revolution. He did not give the French people a Republic of Virtue where everyone was equal, free, and exercised brotherly love but a reign of terror where thousands of innocent people were killed.

A reviewer of Inside the terror of the French Revolution described the revolution as “a bloody reign of terror with mob rule, despotism, and the descent into barbarism with the mass killings of men, women, and children by their own government, not because of their deeds or misdeeds or real crimes, but because of their birth, opinions, and associations – or simply, for being in the wrong place at the wrong time.”

The Bolshevik’s Revolution in 1917 had the same killing philosophy. Orders were given that the soldiers were not to look for evidence of crimes against people or ask what they believe. They were simply to kill every person who was a leader: educators, pastors, physicians, and others. Guilt was not necessary. That was true in the French Revolution of the late 1700s, and it is true of the American Second Revolution of 2020.

The revolutionists led in part by Marat, Danton, Saint-Just, Hébert, Robespierre unleashed a horrible monster, a monster that, in the end, they could not control, for as Pierre Vergniaud said, “The revolution, like Saturn, is devouring its’ own children.”

We have already seen that take place with BLM and other tyrants. 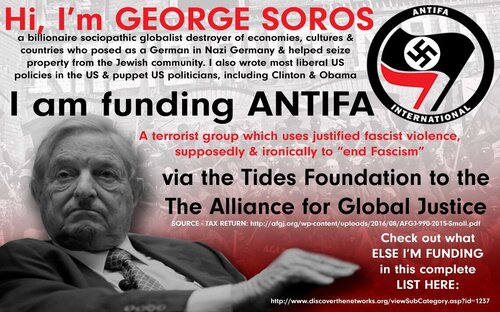 The much voiced and beloved “Liberty, Equality, and Fraternity” that sounded so desirable turned into “you accept us, or we will beat you into a bloody mess—or worse.” Later, the words or death were added to their three-word motto.

Religious monuments were destroyed in the large cities; Public and private worship and education were outlawed; Priests and ministers, along with those who harbored them, were executed on sight.

The French Revolution began with a Reign of Terror as over 40,000 people were beheaded in Paris. It was an intentional campaign to de-Christianize French society and replace it with a civic religion of state worship.

Robespierre, on February 5, 1794, in a speech titled “The Terror Justified,” declared, “Lead … the enemies of the people by terror. …Terror is nothing else than swift, severe, indomitable justice.” Then he began denouncing, detaining, and decapitating first the royalty then the wealthy then the farmers and businessmen then those hoarding food then the clergy. Then the former revolutionaries. Then, Robespierre himself was walked up the steps to be guillotined.

I don’t believe in reincarnation, but some leaders of BLM and Antifa appear to be wearing silk stockings and carrying French snuff boxes. And for sure, they all seek to justify their violence, and no one is wearing work clothes.