The Best Pandemic Money Can Buy 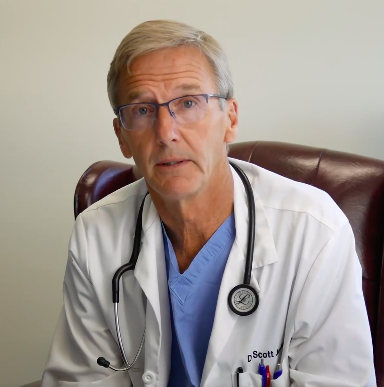 Minnesota Senator Dr. Scott Jensen revealed that doctors in the US
were being instructed by the CDC and National Vital Statistics to write
cause of death on death certificates as COVID-19, even in some cases
when no testing had been done. He also said that doctors were paid
an additional $7000 for diagnosing COVID-19, and a whopping $39,000
if a ventilator was used, 3X the normal amount without COVID-19.
Dr. Jensen is no longer under investigation for speaking out.
By Frank B.
(henrymakow.com)
At the beginning of this medical psy-op, Dr. Anthony Fauci told the world that millions could die in the US of COVID-19, which of course didn’t happen. Yet, the media worldwide is still reacting like it did.

Over and over again we are told by the CDC and WHO via the controlled media, “More cases are being reported”, “Cases are on the rise” and “There’s been a surge in cases”. The non-stop repeating of these phrases is a form of brainwashing. It is meant to put us in a state of fear and panic where we no longer have the ability to think for ourselves. We become helpless obedient sheep.

We are meant to believe that all cases represent very sick contagious people that are in our community, that can infect us and/or our loved ones. This is not a reality. While someone may be genuinely sick from this virus. Most people didn’t even know they had the virus, many had mild symptoms, and near 80% of deaths were elderly people with pre-existing conditions. The recovery rate is over 99%. It was recently announced by the CDC that 6% of the 153,504 deaths recorded actually died from COVID-19, that’s 9,210 deaths, the other 94% had 2-3 serious health conditions with advanced age.

Keep in mind that the virus peaked (in deaths) in April and morphed several times since, with a death rate on par with a regular flu season. This is why we hear mainly of cases today (August 31st) and not many deaths.

WHAT DO “CASES” REALLY MEAN?

Let’s look at testing. The inventor of the RT-PCR Diagnostic Panel or PCR (Polymerase Chain Reaction) test was a scientist named Kary Mullis. He said the PCR should never be used as a tool in “the diagnosis of infectious diseases.”

The process is very complicated but simply stated, the PCR test does not look for the virus and is non-binary, meaning it actually doesn’t determine a false or positive reading. It looks for tiny strands of foreign non-human DNA, which are then compared with various partial viral DNA, these tiny strands are then cycled or amplified several times, creating possibly a billion or more copies of the original sample. The problem is, the more you cycle, the more you have false positives.

The PCR test cannot determine viral load, so you may have a tiny strand of non-active viral material in you, and depending on the amount of cycling, you could test positive. That’s a problem.

It should be noted that SARS-CoV-2 that causes COVID-19 has never been isolated 100% thus no gold standard or passing Koch’s postulates – a series of 4 conditions that must be met to establish an infectious agent as the cause of a particular disease or condition. So what does the PCR test look for, if we don’t know exactly what we are looking at?

A recent Daily Mail article, entitled: ‘Up to 90 percent of people diagnosed with coronavirus may not be carrying enough of it to infect anyone else, study finds as experts say tests are too sensitive’ said this regarding cycling with the PCR test.

“PCR tests analyze genetic matter from the virus in cycles and today’s tests typically take 37 or 40 cycles, but experts say this is too high because it detects very small amounts of the virus that don’t pose a risk.”

“Doctors say fewer cycle thresholds, meaning the number of cycles needed to detect the virus, hone in on those with greater amounts of the virus who do pose risks, according to the New York Times ”

Experts say a reasonable cut off for the virus would be 30 or 35 cycles, according to Juliet Morrison, a virologist at the University of California, Riverside.

New York’s state lab Wadsworth analyzed cycle thresholds values in already processed COVID-19 PCR tests and found in July that 794 positive tests were based on a threshold of 40 cycles.

With a cut off of 35, about half of those tests would no longer qualify as positive. About 70 percent would no longer be judged positive if the cycles were limited to 30.

The CDC said its own calculations suggest its extremely hard to detect a live virus in a sample above a threshold of 33 cycles.

Celia Farber, in her article ‘, Was the COVID-19 Test Meant to Detect a Virus?’, interviewed Canadian researcher David Crowe about the PCR test and cycling:

“I think if a country said, “You know, we need to end this epidemic,” They could quietly send around a memo saying: “We shouldn’t be having the cut off at 37. If we put it at 32, the number of positive tests drops dramatically. If it’s still not enough, well, you know, 30 or 28 or something like that. So, you can control the sensitivity.”

Yes, you read that right. Labs can manipulate how many “cases’ of Covid-19 their country has. Is this how the Chinese made their caseload vanish all of a sudden?

“You have to have a whopping amount of any organism to cause symptoms. Huge amounts of it,” said Dr. Rasnick – a bio-chemist, protease developer, and former founder of an EM lab called Viral Forensics , told me. “You don’t start with testing; you start with listening to the lungs. I’m skeptical that a PRC test is ever true. It’s a great scientific research tool. It’s a horrible tool for clinical medicine. 30% of your infected cells have been killed before you show symptoms. By the time you show symptoms…the dead cells are generating the symptoms.”

I asked Dr. Rasnick what advice he has for people who want to be tested for COVID-19.

“Don’t do it, I say, when people ask me,” he replies. “No healthy person should be tested. It means nothing but it can destroy your life, make you absolutely miserable.”

Is it any wonder the US cases are so high. More testing means more positive cases especially when you factor in higher cycling.

Then there is the problem with Probable and Presumed cases. Even before testing is done, if someone has flu or cold symptoms, they are considered a case. If you have a contact tracing app. You can add an additional 15 cases. All without testing and these figures are reported to the media. If someone died with COVID-19, but not of COVID-19, they are still considered a COVID-19 death in many instances.

Minnesota Senator Dr. Scott Jensen revealed in a series of online videos that doctors in the US were being instructed by the CDC and National Vital Statistics to write cause of death on death certificates as COVID-19, even in some cases when no testing had been done. He also said that doctors were paid an additional 7 grand for diagnosing COVID-19, and a whopping $39,000 if a ventilator was used, 3 times the normal amount without COVID-19. Dr. Jensen is currently under investigation for speaking out.

The newer COVID-19 Rapid test is also problematic with a high rate of false negatives according to researchers.

Antibody testing, quite often, is also added to the case total. The logic is, you had the virus at some point and are positive for antibodies to the virus, but you are considered a case today! Makes no sense, and as one doctor put it “That’s called double-dipping”.

The CDC published a Q and A – What Does It Mean If I Test Positive?

It has come to the attention of researchers recently, that one of the viral DNA primers has the same genetic sequence as chromosome 8, which is found in every human being. So the PCR test is looking for a piece of DNA that exists in all of us???

Let’s summarize, the death rates have near bottomed out, while cases have increased, mainly due to increased testing with high cycling rates, probable and presumed cases, including flu and cold as cases, and padding the numbers with people dying with rather than of the virus.

Fall season is upon us and now even more cold and flu cases will be considered COVID-19 cases. It should be obvious to all that this is complete insanity. COVID-19 is a means to enslave us and take away our rights and freedoms under the guise of a fake world health crisis. A means to roll out of an experimental vaccine, when one isn’t needed. A means to further the “Great Reset” a.k.a. the New World Order. Wake up world! We’ve been duped!