Kupelian: Why mllions of college kids are mentally disabled.

Keyes: Hamilton and the ongoing crisis of the presidency.

Why studying the classics is crucial to  understanding the human spirit and western civilization.

White privilege has become a religion, complete with church ladies.

Trump….Why don’t they fire her?

Walsh: Hey #Metoo, Planned Parenthood has been covering up assaults and child rape for decades.

CNN’s May primetime ratings plunge a whopping 25% compared to 2017 ratings.

The astonishing folly of CNN.

Why Johnny (and Suzy) can’t write.

Mercer: Liberals brains are pickled, take it from liberals.

Trinko: Roseanne Barr and the death of mercy.

Showalter: What we learned from Ben Rhodes: Obama thought he was entitled to rule, and anyone who thought otherwise was a bitter clinger.

Pornography is a root cause of school shootings!!  GOP REP Dianne Black!

More drivers killed by drug use than alcohol use!!

What Ireland’s abortion vote taught us about democracy!

Elder: Roseanne is out?  Explain Maher, Sharpton, and Olbermann?

The end of Sears?

P.E. teacher arrested for sexual relations with a student.

Feminazi Greer: Rape is just bad sex.  Usual leftist nonsense.  They are supposedly for women, but find rape to be not so bad.  Unbelievable hypocrisy.

This strike could bring down the Mullah’s in Iran, but the media is ignoring it.

Unlike Obama, Trump fights for human rights in Iran.

The dark underworld of anything goes sex.

Drudge: “New Low” for Ambien maker to mock Roseanne while they “drug a generation”.

Yes the FBI was investigating the Trump campaign when it spied.

The media would happily destroy you.

College freshman’s reports of psych disorders has doubled since 2010.

McCann: The permanent adolescesce of the American left.

Jones: Is liberalism a victim of it’s own success?

Imani: Islam is incompatible with liberty.

“Harsh and direct disagreement places thought under pressure. That’s its point. Pressure can be intellectually productive: being forced to look closely at arguments against a beloved position helps those who hold it to burnish and buttress it as often as it moves them to abandon it. But pressure also causes pain and fear; and when those under pressure find these things difficult to bear, they’ll sometimes use any means possible to make the pressure and the pain go away. They feel unsafe, threatened, put upon, and so they react by deploying the soft violence of the law or the harder violence of the aggressive and speech-denying protest. Both moves are common enough in our élite universities now, as is their support by the powers that be. Tolerance for intellectual pain is less than it was. So is tolerance for argument.” Paul J. Griffiths 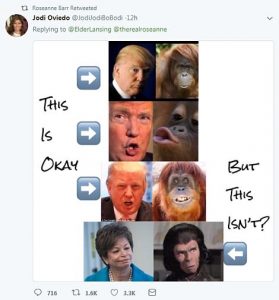 Flashback: Having seven personalities is tough.

If it wasn’t for double standards, the liberals would have no standards at all. 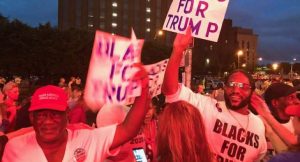 The NY Times is a leftist shill.

European “Christians” no longer identify as the faith.

Google, Facebook and the attack on the First Amendment

Legalizing abortion is an attack on a free and safe society.

Obama said “There is not a smidgen of corruption” in his administration.  So what are all these?

What’s Hillary hiding about her health?

Haven’t the Obama’s made enough money?

DOJ: 83% of prisoners re arrested within 9 years.

Democrat denials on campaign spying on Trump are pure hypocrisy.

The Long March: Reckoning With 1968’s ‘Cultural Revolution,’ 50 Years On

The repeal of Ireland’s abortion ban marks a new paganism.

People told me to live my dreams, but never to dream of having kids.

Why Ireland’s affirmation of abortion reflects badly on America.

Viral video: Here’s the heroic act that earned a French immigrant his citizenship.

Farrakhan issues Sunday call for an end to white men.

Homo tyranny is upon us!

Hillary bundles up like an Eskimo for sweltering Memorial day Parade. What is wrong?

Goldberg: The racism liberals don’t recognize -their own.

Buchanan:  What is America’s cause in the world today?

Victor Davis Hanson: The Post War Order is over.

DeAngelis: Barack Obama’s “World as it should be”.

Pro Life coalition: If you oppose racism so much, stop supporting abortion.

Obama’s spying scandal is starting to look a lot like Watergate. 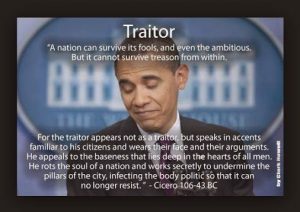 Robinson Muffled.  Silenced for “breaching the peace”.  Same offense the New Testament Christians were frequently charged with.  The entire reason why the Founders gave Americans free speech and the First Amendment was to prevent this.   An English judge apparently doesn’t realize this.

Trumps Memorial Day Proclamation: We revere those who have died in noble service.

MSNBC’s Mitchell: NFL “hypocrites” for requiring players to stand for anthem, as many fans don’t stand.

Photos: 1 million bikers ride into D.C. to pay homage to the fallen.

Do you have a sexless marriage?

In the age that gave us Memorial Day, Abraham Lincoln explained why the fallen fought.

Schlichter: Real conservatives refuse to kneel before their liberal overlords.

Why children are necessary.

The rules for a long and happy life.

It begins: church sued for refusing to host homosexual event. 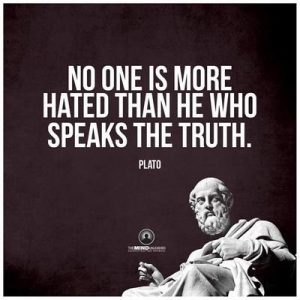 Watch: In honor of Memorial Day: Ronald Reagan’s “A time for choosing”.

Antibiotics in meat could be damaging our guts.

Crickets in the sports media over Trumps pardon of Jack Johnson.

Noel: A history lesson for the “Trump is Hitler” crowd.

Sobieski: Jarrett and Obama are behind spygate.

Wallace: A graduation address from 1936.

No, I won’t check my privilege.

McOscar: The dangers of tribalism.

Trump: We aren’t going to apologize for America.

Why are white “bigots” stockpiling guns?

Flashback: It was strange to hit on women before America was sabotaged by Kinsey in 1948.

Why it’s absurd to say FBI spying on Trump was to benefit him.

Thomas: What to do about school shootings.

Keyes: In rejecting God’s sovereignty, we the people reject our own.

Harvey Weinstein to surrender to police on Friday!!

Troops on nuclear base used LSD.

Islam and the west are incompatible.

Misuse of the FBI spy program.

Mueller caught in his own trap.

Government corruption and the destruction of a great man.

NFL to fine players for kneeling.

What kind of nation has to deal with child suicide.

Conservatives know how to KISS, and liberals don’t.

Clapper lies about his lies.

6 ways to help women when abortion is outlawed.

Study: No. 1 reason Americans are poor is they are not working.

Schlichter: Can we keep a Republic when one party supports tyranny?

Why Trump won’t be impeached.

School freaks out over pro-Trump shirt.

No amount of alcohol, sausage, or bacon safe: cancer expert.

Trump: Spygate could be one of biggest scandals in history.

Watch: Woman claims she was raped by police, then body cam is released.

Who needs evidence?  Democrat Al Green says the party will impeach Trump if they win back the house.

US staffer suffers brain injury from “sound” incident in China

Man beats dog with a baseball because it ate Whopper.

Clapper admits to spying on Trump.  Sees nothing wrong with his actions.

Unions give $1.3 billion in member dues to left wing groups.

T minus two years for war with China.

Why do many Jews vote Democrat?

As drugs once destroyed China, they are  now using them to destroy America.

Bill of Rights under attack.

Russia investigation was bogus from the start.