Sobieski: The Democrats IT cover up scandal.

One third of Americans take meds with depressive side effects.

Victor Davis Hanson: The bad Iran deal was always going to get worse.

Star Parker: Why can’t we fix Social Security and Medicare?

Sheriff Clarke: Memo to Congress: do your job!

The cult of Anthony Bourdain.

A conservatism of principal.

Liberals destroying hate, one F-bomb at a time.

Hall: A pound of flesh at the speed of justice.

Atkisson: Excellent analogy on the crookedness of Dem’s Trump “investigation”.

Willie Brown warns Dems they may be in for a surprise with Cox.

D’Souza to compare Trump with Lincoln in upcoming film.

Walsh: If we want to prevent suicide, maybe we should stop celebrating suicide.

Eagles playing out of their league.

Ramadan Rage: Jihadists have killed injured 1,365 with one week to go.

Pollak: a tribute to Charles Krauthammer. 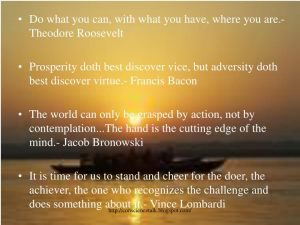 Krauthammer reveals he has weeks to live in heartbreaking letter.

French: It’s not bigotry to believe homosexuality is a sin.

Federer: Why June 9th should go down in infamy.

Farah: Why are Americans killing themselves in record numbers?

How LGBT activism works: Mountains out of molehills.

Why President Trump ought not to pardon Muhammad Ali.

The mischaracterization of Alice Johnson’s crimes is wrong, she deserved punishment.

What ancient Sparta can teach us about politics today.

Meet Virginia Hall: One of the unsung heroes of D-Day

Trump issues warning on trade as he leaves G-7 summit.

In Trump, some see end of world order.

American supercomputer is best in the world.

Coulter: Jeff Sessions only one in Trump cabinet doing anything to stop illegal immigration.

Goldberg: For Bill Clinton’s MeToo moment: He did nothing wrong.

Suicides up to tenth place for leading causes of death.  One of three, including Alzheimer’s and drug overdoses, that are increasing.

Trump: No White House invitation for Curry, James, or their teams.

WALSH: What Really Lies At The Root Of Our Culture’s Suicide Epidemic

China and the clash of civilizations.

What the NBA can teach Justice Kennedy.

The End of Merit

Progressive Jihad on the Prairie

What I Learned About ‘Progressives’ When I Came to America

56 lawmakers call for investigation into Planned Murderhood after sex abuse cover up.

Rising suicide rate cause for concern.

Spalding: A tale of two commencements addresses, Hillary and Solzhenitsyn.

Why intelligence agencies abuse of power should be a litmus test for the right.

The demonization of whites by Mrs. Bill Gates and others.

Trinko: The corruption of science.

Hunter: There is nothing liberalism won’t ruin.

3 lessons for your kids from Robin Williams suicide.

Putin warns World War 3 will be the end of civilization.

Mag: Dems are totally blowing it.

Start of exodus of rich New Yorkers and Californians after tax changes?

US house prices are going to rise at twice the speed of inflation and pay: Reuters poll

Man kneels at celebration of America event at White House.

Rudy: Kim got on his hands and knees and begged.

Domenech: Why it’s absurd to pretend the Enlightenment is responsible for slavery.

Illegitimate special counsel Mueller says Manafort attempted to tamper with witnesses.  His purview was Russian collusion, and he is completely off the trail.

Next up at Supremes: State attack on Christian Florist.

Mueller demands jail for Manafort, for his trying to “tamper” with witnesses.

Spade kills herself with a scarf.

Coburn: How to restore the U.S. Constitution to it’s rightful place.

Prager: The idiots and ingrates at Google.

Dunaway: 5 tips for life for grads and others.

Lebron: No one wants an invite anyways.

Franklin Graham: There’s an agenda to lure children into promiscuity.

Walsh: The huge absurd lie that liberals are telling about the Masterpiece Cakeshop case.

Hersh: Anti-Trump FBI is the missed story of all time.

Shapiro: Are Dems blowing it?

Sessions announces new push to crack down on violent crime and illegal immigration.

Gingrich: President Trump has paved the way for a free speech comeback.

Half U.S. homes overvalued in April.

The U.S. Navy is developing mothership drones for coastal defense.

Giuliani criticizes Gowdy, Nunes for breaking with Trump on spygate.

Pullman: Melinda Gates bashes white guys, say’s she will discriminate against them.

Davidson: A footnote in the SCOTUS Masterpiece ruling bodes ill for religious liberty.

Maitra: Campus suppression is so bad that academics are holding conferences in secret.

Payton: The Joy Reid Saga proves there are different standards for liberals and for conservatives.

Del Arroz: It’s time to fight until the left follows the same rules they force on the right.

Barr and Bee: What Do They Really Represent? Trevor Thomas

Are We Fostering Food or Famine? Viv Forbes

Waiting for the Next Religion Christopher Chantrill

Howard Schultz resigns as Starbucks chairman, may run in 2020 –

‘Sticks and stones’ in the age of PC

How Christians fight back on wedding cakes

Goldberg: If arrogance were a crime, a lot of journalists would be in jail. 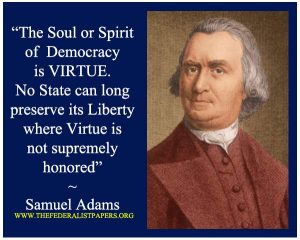 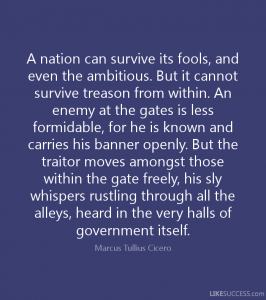 Rudy shocker: Trump has power to pardon himself.

Federer: More evidence we are a Christian Nation.

Oklahoma becomes 8th state to be banned under California’s ridiculous and absurd travel ban based on nonsensical sexual orientation.

Curtis: Harmony and discord in Italy.

Talgo and Jarratt: Government can’t cure our education problem, only parental choice can.

Trump to host Ramadan dinner.
Islam: A religion of peace.

May Jobs reports great for everyone – except Democrats running for office.

Dowd: Obama is just too good for us.

NASA chief Bridenstine: China pulling ahead of U.S. in some aspects of space race.

People are seeking overthrow of entire regime in Iran.

Trans student invades boys bathroom: “because I can”.

Hunter: Liberals (once again) exempt themselves from the rules.

McCullough: That time we lost our First Amendment right to free speech.

Raleigh: Tommy Robinson’s arrest shows it’s time for Britain to save itself from PC culture.

Bialosky: Intolerance of the left blossoms under guise of attacking Trump for intolerance.