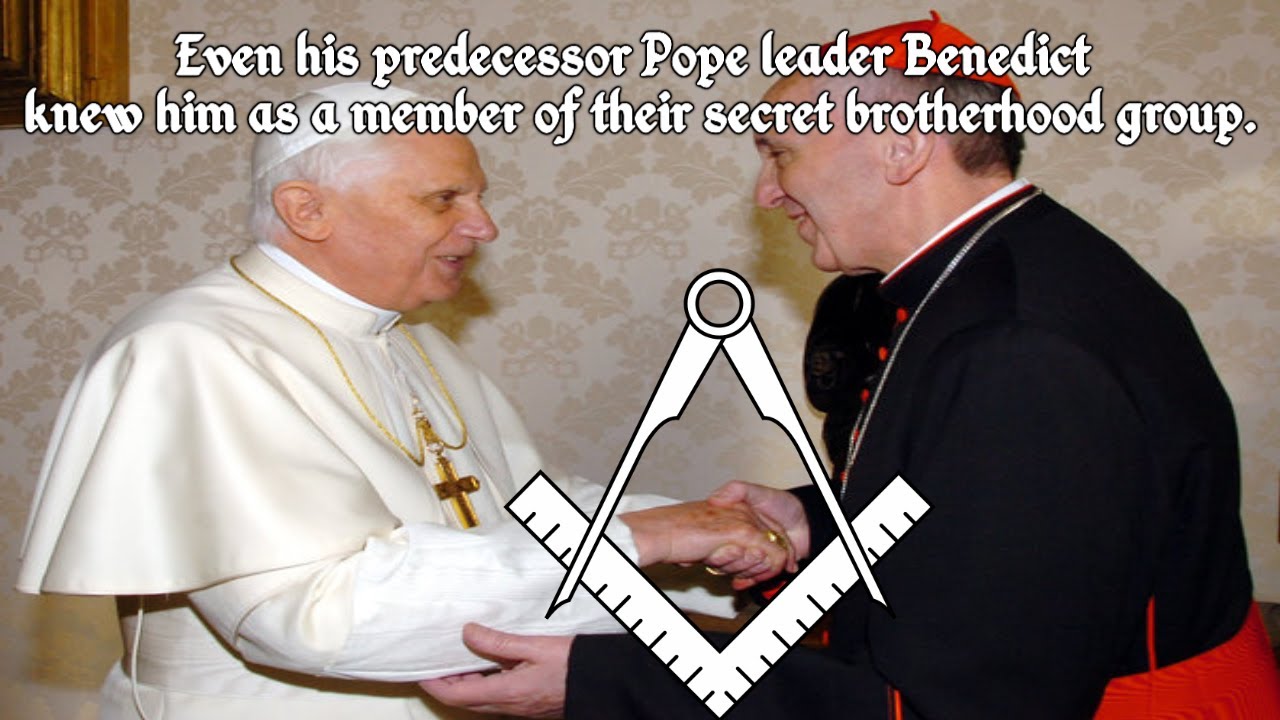 In 1936, two Catholic newspapers published excerpts from speeches given at a B’nai Brith conclave in Paris. The speeches expressed contempt for Freemasons’  gullibility, cravenness, and venality.
“And the Gentiles, in their stupidity, have proved easier dupes than we expected them to be.  One would expect more intelligence and more practical common sense, but they are no better than a herd of sheep. Let them graze in our fields till they become fat enough to be worthy of being immolated to our future King of the World…”

In the London Catholic Gazette of February 1936, a sensational article was published under the heading: “The Jewish Peril and the Catholic Church”. The monthly organ of the Catholic Missionary Society of England was quoting speeches delivered in a series of secret Jewish meetings in Paris.

A few weeks later, the Parisian weekly “Le Reveil du Peuple” published a similar account, adding that the statements had been made at a recent convention of the B’nai B’rith (secret Masonic order in which no Gentile is admitted) held in Paris.

The article from  the “Catholic Gazette” read as follows:

“THE JEWISH PERIL AND THE CATHOLIC CHURCH”

——–“As long as there remains among the Gentiles any moral conception of the social order, and until all faith, patriotism and dignity are uprooted, our reign over the world shall not come.

“We have already fulfilled part of our work, but we cannot yet claim that the whole of our work is done.  We have still a long way to go before we can overthrow our main opponent: the Catholic Church…

“We must always bear in mind that the Catholic Church is the only institution which has stood, and which will, as long as it remains in existence, stand in our way.  The Catholic Church, with her methodical work and her edifying and moral teachings, will always keep her children in such a state of mind, as to make them too self-respecting to yield to our domination, and to bow before our future King of Israel…

“That is why we have been striving to discover the best way of shaking the Catholic Church to her very foundations.  We have spread the spirit of revolt and false liberalism among the nations of the Gentiles so as to persuade them away from their faith and even to make them ashamed of professing the precepts of their Religion and obeying the Commandments of their Church.  We have brought many of them to boast of being atheists, and more than that, to glory in being descendants of the ape!  We have given them new theories, impossible of realization, such as Communism, Anarchism, and Socialism, which are now serving our purpose…The stupid Gentiles have accepted them with the greatest enthusiasm, without realizing that those theories are ours and that they constitute our most powerful instrument against themselves…

GENTILES BUILDING THEIR OWN JAILS

“We have blackened the Catholic Church with the most ignominious calumnies, we have stained her history and disgraced even her noblest activities.  We have imputed to her the wrongs of her enemies, and thus brought these latter to stand more closely by our side…  So much so, that we are now witnessing to our greatest satisfaction, rebellions against the Church in several countries… We have turned her clergy into objects of hatred and ridicule, we have subjected them to the contempt of the crowd… We have caused the practice of the Catholic religion to be considered out of date and a mere waste of time..
.
“And the Gentiles, in their stupidity, have proved easier dupes than we expected them to be.  One would expect more intelligence and more practical common sense, but they are no better than a herd of sheep. Let them graze in our fields till they become fat enough to be worthy of being immolated to our future King of the World…

“We have founded many secret associations, which all work for our purpose, under our orders and our direction. We have made it an honour, a great honour, for the Gentiles to join us in our organizations, which are, thanks to our gold, flourishing now more than ever. Yet it remains our secret that those Gentiles who betray their own and most precious interests, by joining us in our plot should never know that these associations are of our creation and that they serve our purpose...

“One of the many triumphs of our Freemasonry is that those Gentiles who become members of our Lodges, should never suspect that we are using them to build their own jails, upon whose terraces we shall erect the throne of our Universal King of Israel; and should never know that we are commanding them to forge the chains of their own servility to our future King of the World.

“So far, we have considered our strategy in our attacks upon the Catholic Church from the outside.  But this is not all.  Let us now explain how we have gone further in our work, to hasten the ruin of the Catholic Church, and how we have penetrated into her most intimate circles, and brought even some of her Clergy to become pioneers of our cause.

“Apart altogether from the influence of our philosophy, we have taken other steps to secure a breach in the Catholic Church.  Let me explain how this has been done.

“We have induced some of our children to join the Catholic body, with the explicit intimation that they should work in a still more efficient way for the disintegration of the Catholic Church, by creating scandals within her.  We have thus followed the advice of our Prince of the Jews, who so wisely said: ‘Let some of your children become canons, so that they may destroy the Church’.  Unfortunately, not all among the ‘convert’ Jews have proved faithful to their mission. Many of them have even betrayed us!  But, on the other hand, others have kept their promise and honored their word.  Thus the counsel of our Elders has proved successful.

“We are the Fathers of all Revolutions – even of those which sometimes happen to turn against us.  We are the supreme Masters of Peace and War.  We can boast of being the Creators of the REFORMATION!  Calvin was one of our Children; he was of Jewish descent, and was entrusted by Jewish authority and encouraged with Jewish finance to draft his scheme in the Reformation.

“Martin Luther yielded to the influence of his Jewish friends, and again, by Jewish authority and with Jewish finance, his plot against the Catholic Church met with success…

“Thanks to our propaganda, to our theories of Liberalism and to our misrepresentations of Freedom, the minds of many among the Gentiles were ready to welcome the Reformation.  They separated from the Church to fall into our snare.  And thus the Catholic Church has been very sensibly weakened, and her authority over the Kings of the Gentiles has been reduced almost to naught.
.
“We are grateful to Protestants for their loyalty to our wishes – although most of them are, in the sincerity of their faith, unaware of their loyalty to us. We are grateful to them for the wonderful help they are giving us in our fight against the stronghold of Christian Civilization and in our preparations for the advent of our supremacy over the whole world and over the Kingdoms of the Gentiles.

“So far we have succeeded in overthrowing most of the Thrones of Europe.  The rest will follow in the near future.  Russia has already worshiped our rule, France, with her Masonic Government, is under our thumb.  England, in her dependence upon our finance, is under our heel; and in her Protestantism is our hope for the destruction of the Catholic Church.  Spain and Mexico are but toys in our hands.  And many other countries, including the U.S.A., have already fallen before our scheming.

“But the Catholic Church is still alive..
.
“We must destroy her without the least delay and without the slightest mercy.  Most of the Press in the world is under our Control; let us therefore encourage in a still more violent way the hatred of the world against the Catholic Church.  Let us intensify our activities in poisoning the morality of the Gentiles.  Let us spread the spirit of revolution in the minds of the people.  They must be made to despise Patriotism and the love of their family, to consider their faith as a humbug, their obedience to their Church as a degrading servility, so that they may become deaf to the appeal of the Church and blind to her warnings against us.  Let us, above all, make it impossible for Christians outside the Catholic Church to be reunited with that Church, or for non-Christians to join that Church; otherwise, the greatest obstruction to our domination will be strengthened and all our work undone.  Our plot will be unveiled, the Gentiles will turn against us, in the spirit of revenge, and our domination over them will never be realized.

“Let us remember that as long as there still remain active enemies of the Catholic Church, we may hope to become Masters of the World… And let us remember always that the future Jewish King will never reign in the world before the Pope in Rome is dethroned, as well as all the other reigning monarchs of the Gentiles upon earth.”

Related, The Plot Against the Church–the book by Maurice Pinay is online