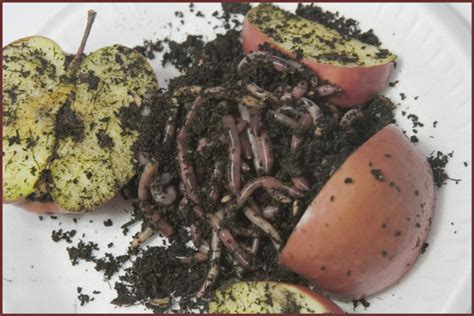 This is for people who are asking

and would like a simple answer.(Disclaimer – I realize this is repetitious butthe ugly truth doesn’t change. Mankind is satanically possessed by Organized Jewry (Rothschild banking cartel) and its minion, Freemasonry. )

By Henry Makow PhDSome questions you may be asking:1. Why did the government pretend the common flu was a deadly pandemic, even though the mortality rate was roughly the same?
2. Why did most of the medical profession and the mass media collaborate?  Why did they force people to take untested “vaccines” or lose their jobs?

3. Why do the above entitles continue to promote “vaccines” that maim and kill millions?
4. Why is gender (M/F) under relentless attack? What’s inclusive about excluding and persecuting 98% of the population? Gender less bathrooms are an evil attack onheterosexuals. They destroy the natural mystery, modesty and dignity of females. The goal is to destroy marriage for purposes of depopulation

. Yet heterosexuals are slow to clue-in.

Members of a girls’ volleyball team in Vermont were banned from using their own dressing room when they complained about a male tranney using it. Conservatives Fear Schools Being Pressed to Accept Transgender Pronouns, Bathrooms and Showers

5. Why do TV commercials feature a grossly disproportionate number of blacks and mixed-race couples? Why are whites being taught that rights they enjoy as tax paying war serving citizens are “privileges” which should be ceded to illegal migrants. ‘Implicit Bias’ Training Cost Me My Nursing Job by Laura Morgan—–College Station, Texas

“I was fired from my nursing job this year for refusing to take “implicit bias” training. After 39 years of providing equal care to all my patients without regard to their race, I objected to a mandatory course grounded in the idea that I’m racist because I’m white.

I knew it was coming, but I was still devastated when I was fired in February. I went from a six-figure job to zero income. The day I was fired I sold my car to make sure I’d have enough money to live on. When I tried to find a new healthcare job, no one would hire me. No doubt if they contacted my old employer, they were told why I was let go.”
6. Why is Russia’s case for invading Ukraine being suppressed? Why has $20 billion been poured into Ukraine with little accountability?

THERE’S MORE BUT YOU GET THE PICTURE.
The reason all corporations have taken an identical stand on promoting gender dysphoria and white replacement is that they’re all controlled by the Rothschild world banking cartel. The source of all of our problems is that the nations of the world gave their national credit cards to this cartel without inquiring if they were Satanists who want to destroy us.

As luck would have it, they are Satanists, i.e. Cabalist Jews who believe they are God and are trying to offload most of humanity.
Their control of credit means they create money in the form of debt to themselves. They have unlimited funds to buy everyone and everything necessary to achieve their goal — a one-world Communist tyranny. In their world, there is room for only one race (and Jews), one religion (satanism), one gender (binary) and one nation (globalism.) As they say in the Protocols of Zion, “we will destroy all collective forces except our own.” (16-4)

They want to translate their monopoly over credit into a monopoly over literally everything, including thought and behavior. This is the essence of Communism. This is all implied by Agenda 2030 which they have put on hold because they face a mortal threat from Russia which refuses to be devoured by these lizards.

I urge you to reread Putin’s speechwhere he says, “The West clearly did not expect such insubordination. They simply got used to acting according to a template, to grab whatever they please, by blackmail, bribery, intimidation, and convinced themselves that these methods would work forever…

““I want to underscore again that their insatiability and determination to preserve their unfettered dominance are the real causes of the hybrid war that the collective West is waging against Russia. They do not want us to be free; they want us to be a colony. They do not want equal cooperation; they want to loot. They do not want to see us a free society, but a mass of soulless slaves”CONCLUSION
We can’t defend ourselves if we don’t understand our predicament. Mankind has been inducted into a satanic cult, Cabalist Judaism and Freemasonry. This cult can be recognized by support for its shibboleths – Floyd George, the COVID hoax, “vaccines”, and now Ukraine.

Satanism is the inversion of all positive values, the worship of death and destruction. Satanism destroys its own adherents. All the things they are promoting — from “gay rights” to climate change — are simply bogus pretexts to DESTROY Western civilization.

The only way to escape this cult is to reject their inducements – money and sex.

We have let them get away with murder for a long time. They got away with the assassination of JFK, 9-11, stealing the 2020 election, the COVID hoax and now Ukraine. How much more will they get away with?

Mankind is doomed to fail unless the nations confront the Satanists and gain control over their credit.