Just less than two weeks ago, on February 5th, The Guardian published this story titled “Texas Republicans endorse legislation to allow vote on secession from US”  within which they reported the State’s GOP chairman, Allen West, was just the latest Republican to come out in support of declaring Texas an independent nation.

Now almost two weeks later, coincidentally, (though most likely not!), the LA Times has put out this story titled “Amid severe weather and power crisis, Texas legislators stop talking about secession.” While the Washington Post gloats: “Texas seceded from the nation’s power grid. Now it’s paying the price“.

With the Post’s story reporting “The state’s unique electrical system worked well for decades — but it wasn’t ready for unexpected cold”, does anybody else find it quite odd that soon after Texas started talking about seceding from the US with Joe Biden and radical Democrats ‘in charge’, Texas has been hit by a series of absolutely debilitating storms and power grid outages?

As an ANP reader who commented under the user name ‘Guest’ pointed out in an excellent comment on this February 16th ANP story about the ‘grid down scenario’ and the abominable weather in Texas.:

“I personally don’t think this was mother nature but HAARP weather warfare. The powers that be are determined to take down Texas. Just my own humble opinion”.

So we have to take a look within this story at that ‘controversial’ theory considering just how quickly talk of secession was shut down following several massive storms and brutally cold weather that led to the deaths of at least 21 and led to power outages for millions.> 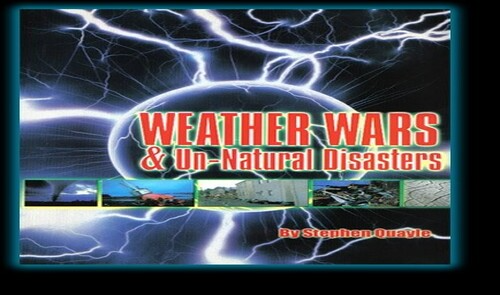 While long and still called ‘conspiracy theory’ by the mainstream media, as Steve Quayle warned in his must-read book “Weather Wars & Un-Natural Disasters“:

“Technology will make available, to the leaders of the major nations, techniques for conducting secret warfare, of which only a bare minimum of security forces need be appraised… Techniques of weather modification could be employed to produce prolonged periods of drought or storm.”

Still think ‘weather modification’ is ‘conspiracy theory’? Well you absolutely have to check this out then.

Back on June 29th of 2016, the Council On Foreign Relations published this story titled “John Brennan On Transnational Threats To National Security” within which the former CIA head not only spoke about ‘weather modification programs’, also called ‘geoengineering’, but what have long been called ‘chemtrails’ as well, though the correct terminology is ‘strategic aerosol injections‘. From that story.:

Another example is the array of technologies, often referred to collectively as geoengineering, that potentially could help reverse the warming effects of global climate change. One that has gained my personal attention is stratospheric aerosol injection, or SAI: a method of seeding the stratosphere with particles that can help reflect the sun’s heat in much the same way that volcanic eruptions do. An SAI program could limit global temperature increases, reducing some risks associated with higher temperatures, and providing the world economy additional time to transition from fossil fuels. This process is also relatively inexpensive. The National Research Council estimates that a fully deployed SAI program would cost about $10 billion yearly.

As promising as it may be, moving forward on SAI would also raise a number of challenges for our government and for the international community. On the technical side, greenhouse gas emission reductions would still have to accompany SAI to address other climate change effects, such as ocean acidification, because SAI alone would not remove greenhouse gases from the atmosphere.

On the geopolitical side, the technology’s potential to alter weather patterns and benefit certain regions of the world at the expense of other regions could trigger sharp opposition by some nations. Others might seize on SAI’s benefits and back away from their commitment to carbon dioxide reductions. And as with other breakthrough technologies, global norms and standards are lacking to guide the deployment and implementation of SAI and other geoengineering initiatives. 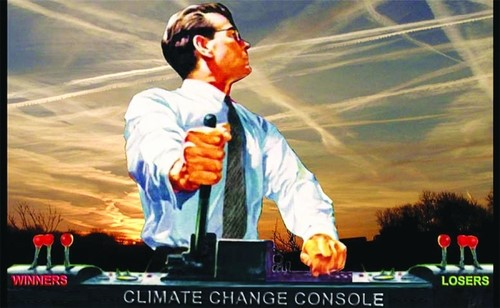 And if you still think that weather modification is simply a ‘conspiracy theory’, you have to check out Dane Wigington’s Geoengineering Watch website. From this story 2018 story we see that all kinds of patents exist to ‘engineer’ winter weather.

Chemical ice nucleation (for weather modification) is a patented process, the link below is important to review in order to gain a better understanding of this process.

The next 8 links below provide further documentation and examples of the climate engineering chemical ice nucleation assault (and the processes involved).

So with Americans having absolute proof that man can indeed manipulate the weather no matter what the mainstream media might say about the subject, if you need some final proof, let’s take a look back at this 2018 story over at Forbes which should give the skeptics absolute proof what they don’t understand is still quite real.

China is launching the world’s largest weather-control machine, with the ability to modify the weather in an area similar to the size of Alaska. China has never shied away from doing things on a massive scale and this is yet another example of the Chinese government working on an unprecedented scale.

China’s state-owned Aerospace Science and Technology Corporation is implementing a plan to send thousands of rain-inducing machines across the Tibetan Plateau to increase rainfall along the region.

The Tibetan Plateau is the source of much of China’s water, running down from the mountainous highlands via the massive Yangtze, Mekong, and Yellow rivers. These rivers, which originate on the Tibetan Plateau, are fed by glacial and snow meltwater and drain down into the fertile Chinese farmlands.

The practice of artificially inducing rainfall in China is not new, the country manipulated the weather over Beijing just before and during the 2008 Beijing Olympics to ensure a rain-free event. The practice has only grown in scale as part of the Sky River Project aimed at increasing China’s water resources for its billions of people.

The first video below takes a look at this brutally cold weather while asking, “do you really think it’s natural?” And in the final video below, Dane Wigington talks with us about ‘Hacking the Planet’ and the the absolutely catastrophic consequences of climate engineering.