Every institution on this planet has a leader, a boss. Marriage is no different. Two heads create a monster. A husband is head of his wife, and the wife is commanded to live in submission to her husband. It’s God’s perfectly ordained order for marriage, but many rebel against this. They use Ephesians 5:21 to say a husband is commanded to submit to his wife. This isn’t biblical. I will take you through the Bible in order to prove to you God’s ordained order in marriage.

In Genesis 2:18 we are told that God said, “It is not good that the man should be alone; I will make him an help meet for him.” The woman was created to be a help meet suitable for her husband. This shows order right here. The man wasn’t created for the woman.

Part of the curse after the Fall was that the husband shall “rule over his wife” (Genesis 3:16). Before the Fall, he was the one in authority but they were both sinless so he didn’t “rule” over her.

Then this: “For a man indeed ought not to cover his head, forasmuch as he is the image and glory of god: but the woman is the glory of the man” (1 Corinthians 11:7).

In 1 Corinthians 14:35, we are told: “And if they [women] will learn any thing, let them ask their husbands at home: for it is a shame for women to speak in the church.”

Moving right along, in Ephesians 5, we have these verses: “Wives, submit yourselves unto your own husbands, as unto the Lord. For the husband is the head of the wife, even as Christ is the head of the church: and he is the savior of the body. Therefore, as the church is subject unto Christ, so let the wives be to their own husband in every thing…And the wife see that she reverence her husband.”

In Colossians 3:18, we’re told, “Wives, submit yourselves unto your own husbands, as it is fit in the Lord.”

1 Timothy 2:11-13: “Let the women learn in silence with all subjection. But I suffer not a woman to teach, nor to usurp authority over the man, but to be in silence, For Adam was first formed, then Eve.”

In Titus 2:4,5, the aged women are commanded to teach the young women to be “obedient to their own husbands, that the word of God be not blasphemed.”

Lastly, in 1 Peter 3, we have the following verses: “Likewise, ye wives, be in subjection to your own husbands; that, if any obey not the word, they also may without the word be won by the conversation of the wives; While they behold your chaste conversation coupled with fear…For after this manner in the old time the holy women also, who trusted in God, adorned themselves, being in subjection unto their own husbands: Even as Sara obeyed Abraham, calling him lord: whose daughters ye are, as long as ye do well, and are not afraid with any amazement.”

God’s will for us is very clear, isn’t it women? Now, get to work obeying God and find the wonderful blessings in obedience! 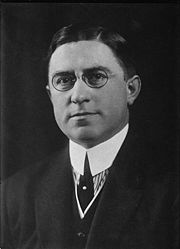 Hon. Louis T. McFadden  (1876-1936) of Pennsylvania was Chair of the House Banking Committee 1920-1931.
In a colony such as the USA,
traitors are honored
while the nation’s true defenders
are marginalized and forgotten.
This is the case with Louis T. McFadden,a great American hero who shows here how,
due to a massive identity and credit theft,
Americans paid for their own enslavementand that of millions of others. For his trouble, McFadden was murdered.
“…Mr. Chairman, we have in this Country one of the most corrupt institutions the world has ever known. I refer to the Federal Reserve Board and the Federal Reserve Banks – This evil institution has impoverished and ruined the people of these United States, has bankrupted itself, and has practically bankrupted our Government. It has done this through the defects of the law under which it operates, through the maladministration of that law by the Fed and through the corrupt practices of the moneyed vultures who control it”:from June 7, 2011by Louis T. McFadden (henrymakow.com)

England, no less than Germany, has drawn money from us through the Federal Reserve banks and has re-lent it at high rates of interest to the Soviet Government or has used it to finance her sales to Soviet Russia and her engineering works within the Russian boundaries. The Dnieperstroy Dam was built with funds unlawfully taken from the United States Treasury by the corrupt and dishonest Federal Reserve Board and the Federal Reserve banks.

Mr. Speaker, our workingmen have been told that Russia is the best country in the world to-day for a workingman to live in. They have been made to regret that they cannot go to Russia to work on one of the great enterprises being carried on by the Soviet Government from which American workingmen are excluded.

Mr. Speaker, in my opinion the Russians have a right to set up any form of government that pleases them and suits their needs. But for some reason, whether due to some defect in the Soviet form of government or to some other cause, Russia has not been able to maintain its present form of government otherwise than at the expense of countries in which there is greater freedom from individuals and in which the property rights of citizens have been respected and preserved.

Open up the books of Amtorg, the trading organization of the Soviet Government in New York, and of Gostorg, the general office of the Soviet trade organization, and of the State Bank of the Union of Socialistic Soviet Republics, and you will be staggered to see how much American money has been taken from the United States Treasury for the benefit of Russia. 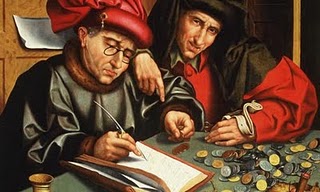 Find out what business has been transacted for the State bank of Soviet Russia by its correspondent, the Chase Bank of New York; by Lloyd’s Bank of London; by Kleinwort Sons & Co. of London, whose correspondents are the principal New York banks; by Glyn Mills & Co. of London and their American agents – that is, the International Acceptance Banks of New York, the Guaranty Trust of New York, the Central Hanover Bank of New York, the Chemical Bank & Trust Co., H. Clews & Co., Kidder Peabody & Co., Winslow Lanier & Co., and Lee, Higginson & Co., the promoters of Swedish Match. Find out how much United States money has passed through the Bank for Russian Trade of London and through the Midland Bank, Ltd.

If the extent of these transactions were known to the American workingman and if he could see that the raw material, the United States dollars, in those transactions came out of his own pocket and the pockets of his fellow citizens, he would understand that Russia is not a good place for a workingman unless other workingmen in other countries are forced to pay tribute to its needs. Russia owes the United States a large sum of money.

If we had what Russia owes us today, the veterans of the United States would not need to fear the first of July 1933 when they are to be despoiled of their pension rights and privileges. Mr. Speaker, I am unalterably opposed to a reduction in the pensions that were lawfully conferred upon the United States veterans of all wars, their widows and dependents.

Mr. Speaker, an immense amount of United States money has been used abroad in preparations for war and in the acquisition and the manufacture of war supplies. Germany is said to be part owner of a large poison gas factory at Trotsk on Russian soil.

China is almost completely Sovietized and in the Asiatic interior huge stocks of munitions are said to be stored awaiting the day when the war lords of the United States will ship United States troops to Asia. Mr. Speaker, the United States should look before it leaps into another war, especially a war in Asia. It should decide whether it is worth while to join hands with Russia and China in a war against Japan.

For myself, I say and I have said it often that the United States should remember George Washington’s advice. It should mind its own business and stay at home. It should not permit the Jewish international bankers to drive it into another war so that they and their Gentile fronts and sycophants by way of Louis McHenry Howe, the graft master, may reap rich profits on everything an army needs from toilet kits to airplanes, submarines, tanks, gas masks, poison gas, ammunition, bayonets, guns, and other paraphernalia and instruments of destruction.”
—

First Comment by GW
I see that on your website today, the top item is the 1933 speech given by Louis McFadden to Congress, spelling-out how the Federal Reserve was used for looting the Republic of the united States of America = a classic in the ‘right wing conspiracy theory” circles in which I used to hang around

a similar thing is going on now, with the “Panda Bonds” issued by Red China. British Columbia was the first non-communist country, to purchase Panda Bonds

in exchange for scraps of paper,  funds gathered by taxation upon citizens here,  go  from the public accounts of British Columbia, laundered through  banks in Singapore/ Hong Kong,  then flow to Red China for  building infrastructure in that country.    Or?  maybe much more sinister projects than the Great Belt way?    How would we know?

is it that we don’t have projects here, worth doing? ,,, how come we are not using our own wealth to benefit ourselves?
the official answer from the NDP govt. in the Legislature of BC, is    “we get a higher rate of interest” … ie, than other bonds in the world, are paying

BC’s purchase of Panda Bonds explains why the Site C hydro dam is going ahead, in the face of very serious warnings from experts, that the thing is fatally flawed = at risk from seismic fault

the electricity expected to be generated at Site C is already dedicated to be used to compress BC’s treasure trove of Natural Gas, in order for it to be  exported  to China

yet not a peep about all this in the lamestream media