If This Communist Coup Attempt Goes As Others Have Through History, Democrats & The Terrorist Gangs They Support May Try To Slaughter Millions Of Americans Should They Win In November

– Democrat Insanity On The Streets Of America Another Reason To Arm Up, NOW! 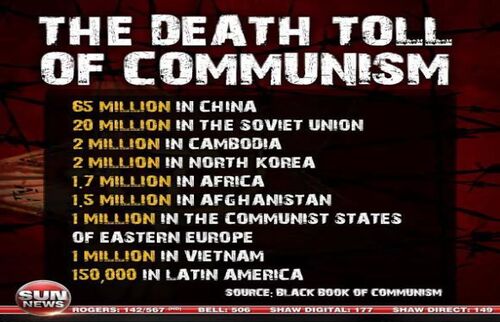 By Stefan Stanford – All News Pipeline – Live Free Or Die
If looking for a perfect story illustrating what ‘America’ has been transformed into thanks to the Democrat radical agenda in Democrat-run cities across the country in 2020, we get it from ‘the City of Brotherly Love’ and this Daily Mail story reporting that many people in the city sat around watching while a woman was brutally beaten by a black man in the streets. The people did absolutely nothing to help her.

With ‘Black Lives Matter’ sure to pay no attention what-so-ever to the brutal beatdown because black on black crime doesn’t fit their political agenda of demonizing law-enforcement, America and taking down the entire system we live under, we’ve come upon numerous new stories out over the past few days that we’ll be reporting upon in this story which show us exactly WHAT the BLM ‘agenda’ is, and we’ll warn you, law-abiding Americans better stock up on as many guns as possible and lock and load for this one.

With it now quite obvious to tens of millions of Americans that the whole BLM, ANTIFA, Marxist movement is a deep-state rogue action because the CIA, FBI, US army, and police being controlled by Democrat politicians aren’t doing a darn thing to ‘take out’ these terrorists, as one ANP reader recently mentioned in a very wise email to us, there is no doubt we’d be seeing something completely different if a group of law-abiding Conservative Americans had taken over part of a US city or were tearing down national monuments.

With one of the leaders of CHOP in Seattle recently revealing what come’s next in these radicals attempted revolution as reported in this new PJ Media story, saying ‘I’m Not Here for Peace’ while revealing their takeover of public and private property back on June 8 had always been about a show of force to frighten local officials, and “by any means necessary,” why are these terrorist actions NOT being responded to by cops, the US military or government officials?

As our emailer warned us, it’s because what’s left of the US government under Barack Obama and in Democrat-run states across America are the people who are behind these terrorist actions, so if you think that the government would react the same way if the shoe were on the other foot, you’re gravely mistaken. From the email before we continue.

The government is behind the protests. They are behind the police not being allowed to do the job. They are behind the organizing and supply and training and financing of these violent groups whose sole purpose is the overthrow of the legally elected President and his few remaining loyalists in both houses of Congress. The left controls everything else, including the Supreme Court. Coming rulings will prove this out. The Court deliberately avoids all gun laws. The military has been overthrown as all major commanders now refuse to even protect government buildings and the White House from attack.

Trust me, the very instant threatened conservatives are forced to defend themselves en-masse from violent mobs the feds will step in. They will step in with massive, deadly force, against the defenders, not the attackers. Then, as the roundup of conservatives begin, you will finally begin to understand America has fallen to Communist coup.

The pandemic was just an excuse to get all the major players and components in place to seize power. The plotters have moved the schedule ahead, marveling at how easily Americans surrendered without a fight. If you’re a praying man, pray for your soul, your family, and for guidance. In the trying days about to befall us all we’ll need all the help we can get. 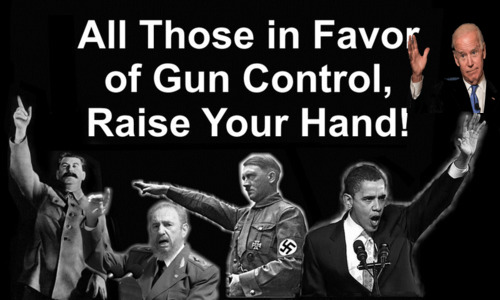 As we’d reminded you back on June 14th in this ANP story titled “Imagine America In 2021 If Domestic Terror-Supporters Win In November: A Look Back At Where America Was Headed Under Obama Tells Us Where We’ll Go If Democrats Win The Election”, while Barack Obama was still President, official US government documents labeled just about any Republican or Conservative across the country as a potential terrorist in the government’s eyes.

As we’d reported within that story, back on August 26th of 2013, Michael Snyder had published an extremely important story titled “72 Types Of Americans That Are Considered “Potential Terrorists” In Official Government Documents” within which he warned that America was in deep trouble if we kept going the direction we were headed in.

With official US government documents back then labeling people as being potential terrorists just for being a conservative, a libertarian, a Christian or a gun owner, or anyone who was opposed to abortion, globalism, Communism, illegal immigration, the United Nations or a ‘New World Order’, just imagine if these Marxist devils get back into power in January of 2021!

Going so far under Obama that they were attempting to label ANYONE OPPOSED TO the democrat agenda, including those opposed to the mass murdering of babies, as a potential terrorist, we should think about that very, very deeply as we continue this rush towards November.

With mainstream Democrats joining the radicals in attempting to tear down and destroy America in 2020, and their viewpoints and violence completely condoned by Democrat politicians and the mainstream media, hinting at where this will go if we stay on the same path we’re now on, America is now being ripened up for a communist revolution with radicals running the cities and streets, the crazies busting out guillotines as ‘symbols’ of the ‘revolution’ and law-abiding American citizens now in their line of fire. Somehow, proving their insanity, these leftist devils think they’ll ride off into the sunset with their revolution and takedown of America, completely unopposed! 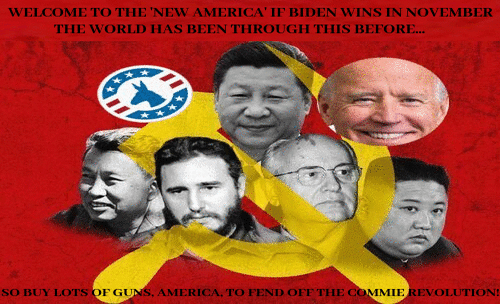 With one Black Lives Matter Leader recently going on to Fox News and saying “If this country doesn’t give us what we want, then we will burn down this system and replace it.. I could be speaking figuratively. I could be speaking literally. It’s a matter of interpretation”, as we’ve warned over and over again on ANP, it’s well past time for Americans to get prepared to defend this country and Conservative values.

And as mentioned briefly earlier, another BLM leader recently told us what BLM is really all about.

Every single day that I show up here. I’m not here to peacefully protest. I’m here to disrupt until my demands are met. You can not rebuild until you break it all the way down. Respond to the demands of the people or be ready to be met with any means necessary. By any means necessary. … It’s not a slogan. It’s not even a warning. I’m letting people know what comes next.”

With terrorists letting Americans know that terror attacks upon our country are ahead, with even President Trump recently calling out their ‘treason, sedition and insurrection’, the remarks made by BLM’s own leaders hint that this will never end peacefully in the weeks and months ahead.

So we come down to this very real possibility. With democrats quite literally pushing their communist revolution ahead of the 2020 election, and those same democrats demonizing 10’s of millions of law-abiding Americans citizens for having conservative values, even putting us on terrorist watchlists, as has happened in one commie revolution after another, there is inevitably a ‘purge’.

And with the website Deagel giving us a hint of what that purge might look like, with their forecast of an America with less than 100 million people living here by 2025, a drop of over 227 million in less than 4 years, we pray that Civil War will be avoided in America but Communist revolutions throughout history have proven to us that there are things much worse.

While in the 1st video below, we hear one black lives matter leader saying they’re going to burn down the system, in the 2nd video below from youtube videographer ‘YoungRippa59’ he breaks down the history of BLM while pointing out that even one of BLM’s founders had admitted, as heard on that video, that they are trained Marxists. And in the 3rd and final video below, Mike Adams warns why we best all get prepared for 4 months of total chaos here in America ahead of the most important presidential election of our lifetimes, especially with any win by Joe Biden sure to usher in an era here in America where Conservatives, Christians and those supporting the rights of the unborn will be lined up to be ‘culled’ in the ‘purge’ all Communist revolutions eventually go through.

PLEASE DONATE TO ANP: With non-stop censorship and ‘big tech’ attacks upon independent media, donations from readers are