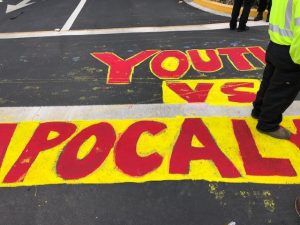 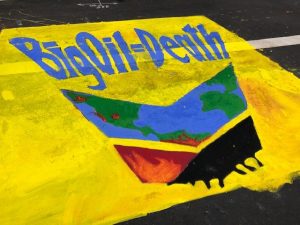 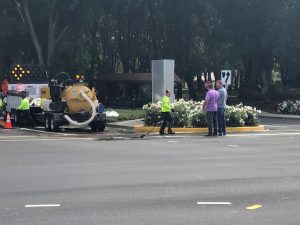 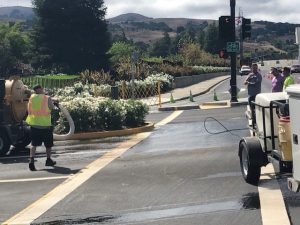 The above pictures are from the climate change rally in San Ramon. The despicable activists, not content in believing a lie themselves, brought along about 20-40 children, to brainwash them in the ideology, to add to the brainwashing they get from the tech companies, schools, and media.  Spoke to a few of the activists but not a single one could discuss basic American history, and not one of them had read 7 conservative news sites for 3 months of their lives, to demonstrate they were familiar with both sides of the argument. So, they charge into public, to screech their emotional convictions, having never proven them to themselves.  They were also very arrogant and impudent.  When pressed on their beliefs, not a single one of them could prove their beliefs, and their two favorite reasons were ‘everyone else believes it’, and ‘all the experts believe it’, which are both logical fallacies, appeal to popular, and appeal to expert, respectively.

So these nice activists who care so much about toleration and the earth, came and poured ugly and toxic paint on the pavement of the city, which is called VANDALISM,and which will run off into surrounding creeks creating pollution.  They call came in cars, most have cell phones. So they are massive hypocrites.  The city of San Ramon had to pay public works employees overtime to clean up after the dirty and polluting activists.  Costing taxpayers money as these deluded denizens protest, advocating for a lie.   They were nearly all leftists, who didn’t believe in God, had no moral standards to speak of, and were full of hate and intolerance towards anyone who disagreed with them.

Keep in mind, China and Russia have already been caught funding environmental groups to try and sabotage American energy and to promote their own industries.  Silly environmentalists have no idea they are supporting their own demise.   Green energy is vastly inferior to fossil fuels.  If green energy can be cheaper and more efficient than fossil fuels, then let the private market reward it. But, it’s not, and its extremely unfair to try and subsidize green energy and it’s inferiority with taxpayer dollars by pushing climate change hoaxes.  Nuclear and fossil fuels are vastly superior energy sources than wind and solar.  But the left is in a fairy tale world, and has a hard time dealing with reality.

At the end of the article is a letter sent in response to Jack Bungart, editor of the Vallejo Times Herald, threatening me with a lawsuit because he’s outraged his newspaper has been revealed to have the same ideology as the Communist party of America, and that Communism just killed 100 million people over the past century.

The Whistleblower Proxy War: Globalists And Intel Vs. The USA

THE REAL WHISTLEBLOWER STORY: DENNIS MONTGOMERY, THE HAMMER, THE HARD DRIVES, THE WIRETAPPING OF TRUMP, AND THE PROSECUTION OF GENERAL FLYNN

Ukrainian prosecutor: I WAS fired for investigating Hunter

Deluded Cindy McCain: Trump’s GOP ‘Not the Party My Husband and I Belonged To’

Cleveland: Schumer: Intelligence Agencies ‘Have Six Ways From Sunday Of Getting Back At You’

Justice: 86 Things Democrats Have Cited As Reasons To Impeach Trump

Greenfield:  If You Liked the Mueller Investigation, You’ll Love Impeachment

Emerson: A World of Idols: a Review of ‘Dark Agenda’ by David Horowitz

Dogan: The Progressive Rape of the Schools

Sammin: 4 Reasons The Ukraine Call Is No Watergate

Davidson: Congressional Democrats Have No Credibility On Impeachment

‘This wasn’t drafted by this individual’: Trump lawyer claims whistleblower complaint written ‘by a law firm’

Lifson: Dems’ impeachment frenzy is the prelude to the coming time bombs about to explode in their faces

Russia tells US not to release Trump-Putin transcripts

Antifa sets up recruitment shop at University of Florida

Navy probes death of Marine shot, killed while on armed duty at Navy Submarine Base

Goska: The West is the worst.

Justice: Here Are Some Of The Best Videos Of The Climate Protests Around The World

Manning: 10 Reasons Medicare-For-All Is A Bad Idea Besides Financial Bankruptcy

Thomas Homan Puts Dem Lawmaker In Her Place in Fiery Exchange: ‘You Work For Me!’

FNC’s Wallace: Trump Defenders’ Spin Is ‘Deeply Misleading’ — ‘There Is Something There’

Trevithick: They Will Kill You: The Secrets of the Delta Force Revealed

Mr. Messano. You send this nonsense to just myself, it’s one thing. You send this – complete with accusations of me and a staff member attempting to murder people – out to this many people, and you should contact your lawyer.

You are going to need him.
Jack F.K. Bungart
Times-Herald Editor
Dear Mr. Bungart,
Exactly what are you going to sue me over?  Telling the truth about the lying Times Herald?  You go ahead and do that.  If telling the truth about the Times Herald means getting sued or going to jail, count me in.
The Citizens of Vallejo have tried to tell the Times Herald they were tired of the Communist nonsense by cutting their subscriptions so much that the Times Herald could no longer deliver on Monday, and other week day deliveries are so skinny they look like anorexic egg rolls.  Well, the message still didn’t get through. Evidently, the owners of the Times Herald, whoever the lunatics are, aren’t capitalists and don’t care about profits. So, instead of telling the truth, and staying in business, they prefer to continually lie to Vallejo, and don’t really care whatever it costs.  That’s how Communists work.  It’s all about power, control, and prestige. To hell with the truth. The rest of the big newspapers in America, the San Fraudsicko Chronicle, and the New York Slimes, primarily, are just like you. They lie daily, and we are supposed to worship them, becuz they are ‘experts’.  Well, I’ve never been into idolatry, and it’s time for you to repent of yours.
Every sane person in America can grasp that your newspaper perfectly aligns with the Communist paper.  If that’s news to you, that’s your fault, for not educating yourself.  And, you really didn’t even need to educate yourself, I warned you for years, and you refused to listen.  Climate change hysteria, gun control, systemic racism, and Impeach Trump, those are the lies both of your garbage newspapers put out every single day, and the average mindless drone can’t defend their belief in these nonsensical ideas to save their life.  The reason why is because they can’t. They believe in a lie.  And you are paid to keep them deceived.  A despicable profession!
They think they will lie to the City and keep right on doing it, over the customers protests.  This appeals to the bullies and corrupt types in the city, who litter your comments section with their mindless garbage, like Morgan Hannigan and Michael Haworth, the two biggest pot head advocates in the city, nearly, who wrote letters today, along with Donna Lawson, who has the best morals of the three, but is severely misguided on the purpose of the 2nd Amendment, because like most women, the lying media, including you, tech companies, and schools, have left her (the wife of a school board member who once was a history teacher, to boot) without any grasp of how the Founders intended the 2nd amendment to allow the common citizen to defend themselves against a tyrannical government. And we see, at every single City Council meeting, why that was a very good idea, because the government can’t even protect my right to speak,and we are supposed to think they will defend us if we don’t have guns?  Hilarious and risible!
But the reasonable types in the city aren’t going to stand for your lies.  We know the schools, media, and tech companies are lying every single day to the average citizen, and they count on us to stay quiet.  Well, until I die, that’s not going to happen. And, for the violent thug types in the city, who are constantly threatening to kill me or beat me up, some of them so bold as to do it in City Council meetings, if you kill me, 1,000 more will rise up to take my place.
Your newspaper has exactly the same talking points as the Communist Newspaper.  They believe in gun control, in environmentalism, in systemic racism, in man made climate change nonsense, all of those thoroughly debunked on my website multiple times, and on every conservative website in America, but the lies continue.  So, we see, it’s not the truth you are after, but after deluding and deceiving people.  It’s gone far enough, and your newspaper has harmed Vallejo enough.  The City is a hellhole because the Times Herald is a Communist Newspaper, with policies that lead to the policies that murdered 100 million.  And we aren’t putting up with it any longer.  Stop lying to people, and stop threatening those of us who tell the truth with lawsuits.
Vallejo may surrender when frauds threaten them with lawsuits, as they did over these district elections, but I’ll never  surrender.  Not ever.  Crooked lawyers don’t intimidate me at all, though our justice system is full of them.
You get me in front of a 12 member jury who doesn’t use drugs or porn, and who understands basic history ( admittedly, a tall task after the media and schools have been indoctrinating Americans for decades), and I’ll defeat any lawyer in America on any of the Democrats crazy talking points.  The Democrat party is literally insane, and is destroying America, and your newspaper, instead of calling out the insanity, WHICH IS YOUR JOB, is aiding the lunatics!  Shame on you!
And as long as the Times Herald agrees with the communist ideals, yours truly will be an implacable opponent, as will most citizens of Vallejo.   You chose your bed, now you have to lay in it.
Sincerely,
Ryan