U.S. Liberals are clinically insane and care nothing about the American people.

On the madness of modern liberalism.

Little Russia media project tries to turn America against itself.

Fox news panel reacts to Sarah Sanders being kicked out of restaurant simply for working for Trump. 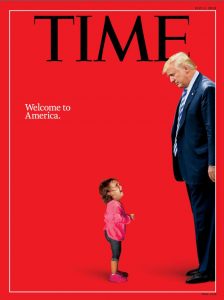 Komrade Kamala says Nielsen, Sessions should resign for enforcing the law on immigration.

Look to Trump, not Trey Gowdy, to address bias at the FBI and DOJ.

Farah: One thing I thought I’d never see on Democrat.com

Lewis: The contempt for “breeders”.

Ellis: The U.S. must do unto China, as they do unto us.

Smith: A prediction on Trump’s EO on illegal immigration.

Brigitte Nielsen, 54, has given birth to her fifth child.

Angry and erratic Erdogan on cusp of becoming more powerful than ever.

On eve of vote, only Erdogan gets hellivision time.

Comrade Bernie makes over $1 million for the second year in a row.  Continues to rail on those who work and are prosperous.

FB’s relentless drive to track every aspect of user’s lives.

Bozell and Graham: This is Seth Myers on drugs.

Hillary ought to be in jail.  Instead, she’s spreading sedition, by criticizing the legal practice of stopping illegal immigration.

Politico digs deep! Discovers Stephen Miller was trying to deal with liberal thievery and lawbreaking back in the third grade.

The “Mustard Seed” that liberated Spanish Christians from Islamic Rule.